Cannabis Freaks – Common Marijuana Mutations You Might See in Your Plants 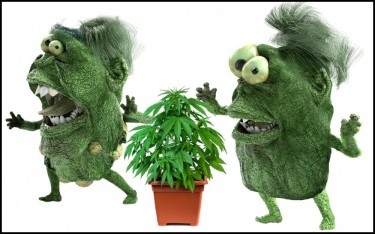 Cannabis is a fascinating plant that can manifest itself in a variety of ways.

Some plants are shorter than others, others have different colors and smells. It seems that everyday we learn something new about the plant, and the cannabinoids, terpenoids and flavonoids within.

However, just like humans have ‘mutated genes’ within them – so too does the cannabis plant possess the ability to morph into something different.

Today we’ll be taking a closer look at the common different types of mutations you’ll be able to find if you grow enough cannabis.

There are a variety of factors that come into play, such as environmental conditions, suppressed genes and much more.

By the end of this article you should be able to identify a few different mutations and hopefully won’t freak out when they do appear in your own grows.

So let’s dig in and take a look at some “Cannabis Freaks!”

The first common mutation we’ll be looking at is a tri-leaf sprout. Usually, when you’re sprouting cannabis, you’ll begin with two starter leafs which are circular in nature, and then two small cannabis leafs forming.

However, in some cases, you can see a third cannabis leaf in the initial sprout, meaning you’ve got a tri-leaf mutation.

While in general terms, you’ll treat this plant no different than a bi-leaf sprout, these do have about 1/3 more side branches than your typical plant – meaning that this mutation can be functional when training.

Tri-leaf? Did somebody say SCROG?

The leaf of a cannabis plant has many uses, but most growers discard them because they don’t serve a practical application in terms of consumption.

You could perhaps make a balm or a weed leaf tea, or even put a few leafs in your salad – but beyond that point there is not much use to the grower.

However, in some instances the center of the leaf can begin growing its own buds. These are popcorn buds and some growers might not like this since it would detract from “top bud growth”, but other growers enjoy the added ‘bud count’.

I for one would leave it in just to see how big those “leaf nugs” can truly get.

The chimera cannabis leaf is half one color, and half another. This is less common, but not as uncommon as you’d think.

There’s plenty of pictures online showing you how a singular leaf can have two colors – like purple and green. This can even translate into the buds, where one-half of the bud takes on different characteristics than the other half.

While I personally have not seen this in my own grows, it’s definitely something I’d like to witness with my own two eyes.

I guess I’ll just have to continue to grow a whole lot of weed to hopefully get lucky!

We all know and love the pointy structure of the weed leaf. It’s quite simply to spot.

However, sometimes these leaf shapes can get a bit wonky. For example there are double tipped leaf, triple-tipped leaf, like that bred into the Ducksfoot strain.

Some of these characteristics are being bred into particular strains – taking random mutations and focusing in on preserving these freak-genes.

This type of selective breeding can be used to help breeders distinguish their plants from the competition.

More on this a little bit later on.

Sometimes, a cannabis plant can sprout two identical taproots, which then develop into 2 different stems, with their own set of leafs.

While it’s entirely possible to grow both of these tap roots to maturity, typically growers will remove the weaker one to allow the stronger one to grow to harvest.

However, if you’re careful you could easily transplant both of them and have literal “cannabis twins”.

What can you do with all of these mutations?

While there are plenty of other mutations I have not covered, I think this is a good point to begin to reflect on what these mutations could mean if the right kind of ingenuity is applied.

We have already seen Ducksfoot Strain take advantage of a leaf mutation to separate itself within the marketplace.

However, if we’re going to be diving in a bit deeper into the fore coming “patent wars” – in relation to strain genetics – breeding in specific traits can be a means of protecting your intellectual property.

What can separate your haze from the crowd? Perhaps it’s sprouting buds from the center of its 13-pointed leaf structures, making it look like a peacock?

Or perhaps you could breed in an auto-topping gene into a thick and heavy bushy plant, creating the perfect indoor mass producer.

If you haven’t realized by now, that the cannabis game is only getting started and the more we get more people vested into growing and experimenting with cannabis – the more innovation we’ll begin to see.

Of course, many of these mutations are well known, but when we’re coming into a world where billion-dollar brands will be investing Research & Development dollars into differentiating their product from the rest – it’s only a matter of time until the physical structure of certain strains will begin to morph.

The best thing about this is that you – the home grower can already begin to experiment with these mutations. Hell, perhaps you create your own variation of Ducksfoot!

The sky is limit with what we can achieve with cannabis once the world is allowed to participate and experiment with it without the fear of legal retribution.

CHECK YOUR PLANTS FOR THESE PROBLEMS, READ MORE… 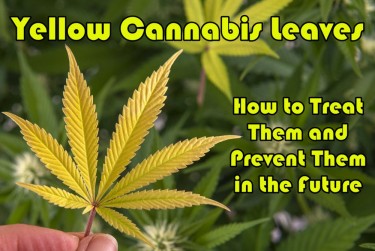 HOW TO TREAT YELLOW LEAVES IN YOUR CANNABIS PLANTS! 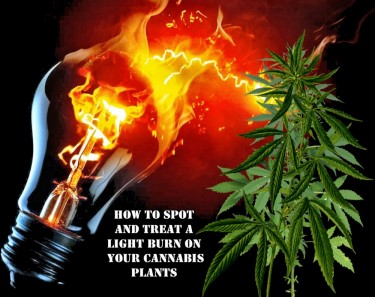 HOW TO SPOT LIGHT BURN ON YOUR CANNABIS PLANTS!

Sometimes I get high and go geocaching