How Federal Marijuana Prohibition is Hurting Medical Patients Across the Country 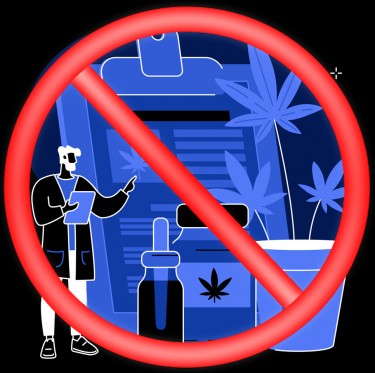 Almost half of the US states have legal recreational cannabis on the books. The actual number is 18 and if we consider Medical Cannabis we have 36 states with some sort of program.

The problem however, is that federally speaking cannabis is still as illegal as “knowingly letting your pigs or other livestock into a fenced area with the intention of eating up all the grass!” which could land you with up to one year in prison.

When it comes to cannabis however, there are millions of people that rely on it for some sort of relief whether it’s something as simple as “taking the edge off after a long day of work” to something more serious like dealing with chronic pain.

The problem comes when people who rely on government funding, test positive for THC. This could even be a positive test from CBD – which sometimes contain phytocannabinoids such as THC. This is especially true with Full Spectrum CBD.

The moment that the government detects THC in your blood, you can no longer gain access to certain medicine. For example, let’s say you just had major surgery and the government is helping pay for your pain meds.

If THC is detected in your blood, the doctors would need to immediately cut you off from these other drugs because you have a “controlled substance in your blood stream”.

In other words, the government will immediately stop helping medical patients if they have any illegal controlled substance in their system. They essentially declare you “a dope fiend” and “unworthy of assistance”.

Taking a closer look at what government policy says about YOU!

To the government, you can get all the help you want – as long as you don’t do drugs! You can drink, you can smoke, you can eat all the junk food your grubby little mouth can contain – but don’t smoke a joint lest you become a DOPE FIEND!

Using the same rhetoric as the prohibitionist – what message does this send to the children?

More importantly, what message does this send to society as a whole?

Essentially, if you’re in pain and use cannabis, you’d have to give up cannabis in order to have a doctor prescribe narcotics like OxyContin. There is no clear reasoning behind this save the fact that under the federal government anyone using cannabis is a drug addict.

In the United States, drug addiction is not treated as a public health issue and rather the vast majority of responses to drug use in the US is by law enforcement.

This means that not only are you a drug addict, but according to the federal government if you smoke cannabis you are a criminal.

Take for example this story of Doug Barnes from Michigan,

“He told me he couldn’t prescribe me anything until I tested clean from marijuana,” Barnes said. “I couldn’t get anything for pain, stress, sleep or anything. I was flabbergasted because it’s really been helping me. Plus, it’s legal in Michigan. It’s really like the new wine here in Lansing, but my doctor apparently just doesn’t see it that way.” – Source

It’s not that the doctor doesn’t see it that way, it’s because the federal government would revoke the physician’s license if he’s caught with prescribing a patient painkillers after the detection of THC.

This isn’t to say that the particular physician might agree with federal policy, but the truth is – even if they were to disagree many physicians would not risk their licenses.

If You Smoke Weed You’re a Criminal!

This is the stance of the federal government. You are a criminal if you smoke weed. You can’t get loans, you can even be denied entry into the US if you’re a foreigner. Even if you’re a Canadian looking for a US visa and admit that you smoke weed – where it’s legal in your country – the US can deny you entry based on your criminal activity.

This is why ending the federal prohibition of cannabis is so important. There are millions of patients that are being forced to choose between a natural remedy that provides relief with fewer side effects in order to get government assistance.

The reason I bring this to your attention today is because it’s time we end the charade and call out the government’s bluff.

Biden has proven to be just “more of the same” – an overinflated government printing money to appease the masses while trampling on the will of the people continuing to push their political agendas.

We’re seeing some lawmakers try to change this, but the mere fact that the president is so staunchly against legalization is making things difficult.

Have you been affected by the definition of cannabis under federal law? Have you been labeled as a low-down criminal unworthy of federal assistance? 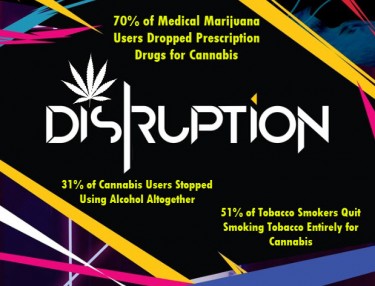 HOW MARIJUANA IS DISRUPTIVE HEALTHCARE IN AMERICA, READ THIS! 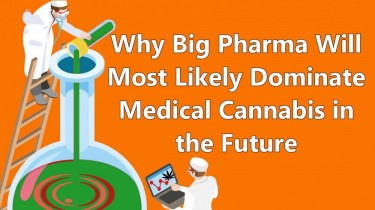 WILL BIG PHARMA CONTROL MEDICAL MARIJUANA IN THE FUTURE?

ELN: Benefits and Side Effects of CBD