Packing Heat with Weed – Should a Budtender Be Allowed to Carry a Gun? 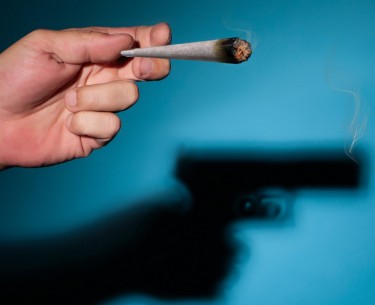 Budtenders play a vital role in the marijuana industry: they attend to customers and help them navigate the recreational marijuana world. With a budtender close by, both novice and veteran cannabis users consume the right kind of cannabis, giving them a genuinely fulfilling weed experience.

However, the federal government still views cannabis as an illegal substance. This unlawful status means users can be persecuted if caught with marijuana, and stakeholders in the industry like budtenders are vulnerable to attack. So with this reality, should budtenders be permitted to carry guns for their protection?

The threat to budtenders

Cannabis dispensaries across America are making ever-increasing profits due to the heightened demand for cannabis in the country. Yes, it is still illegal at the federal level, but many states are legalizing cannabis, and this has increased the value of the cannabis industry.

Any industry with such impressive revenue through sales will quickly become the target for cash-seeking criminals. So the threat entails robbers that are constantly attempting to rob cannabis dispensaries using brute force.

What can a person do when he becomes the target for robbers who are also aware of your business’s “Illegal” status? Of course, you’ve got to protect yourself, and that is what budtenders are doing. Budtenders are beginning to get their firearms just in case anyone shows up at their dispensaries for cash.

Recently, a dispensary staff in Oklahoma was shot and killed by an armed robber, which is a sad occurrence that makes budtenders feel even more vulnerable. The story is changing now with budtenders no longer waiting for the government’s protection: they maintain that they have a right to shoot anyone who attacks them.

Despite their insistence on having firearms and some of them already getting one, it doesn’t mean they are licensed or allowed to hold on. The public and government may sympathize with the killing of budtenders, but sympathy doesn’t provide long-term solutions.

Why are cannabis dispensaries getting attacked?

An excellent question at this point is, ‘Why are cannabis dispensaries getting attacked?” In addition to the business’s viability, a majority of dispensaries still work with cash. At the end of a typical sales day, a dispensary will have a lot of money available in the dispensary, making them a mark for criminals.

Some people have speculated that the marijuana dispensary business has bad luck hence the reason it has too many struggles from legalization to robberies. But the idea of having “Bad luck’ is not a fact; after all, robberies still occur in states like Oklahoma and Oregon, where marijuana is legalized.

The operations of marijuana dispensaries are the weak link, and it represents a flaw in the business model which criminals use to their advantage. Marijuana dispensary owners must start to think outside the box to eliminate this threat by seeking ways to get a more significant chunk of their cash profit out of the dispensaries.

Should budtenders be permitted to carry firearms?

Marijuana’s illegality at the Federal level, which means using personal protection like a firearm isn’t a wise option. If a budtender in a legal cannabis state shoots an armed criminal in self-defense, he could face some serious charges. Even though it was done in self-defense, the budtender wouldn’t get away with such an act. Budtenders may face prosecution by the U.S Attorney’s office for bearing arms within an Illegal industry.

Cannabis industry employees who shoot armed thieves could be sent to prison for manslaughter, and although it doesn’t seem right, it is a bizarre reality in states where cannabis is legalized.

Generally, Americans agree that cannabis employees should have a right to protect themselves against such dangerous armed criminals. Within the budtenders community, there are divided opinions on if they should be allowed to carry firearms.

It is okay to carry firearms for some budtenders just in case they need it when confronted with an armed criminal. At the same time, some other budtenders (those who may have never experienced a criminal attack) don’t feel confident about possessing guns.

Therefore, the question is for the government to become proactive with the protection of budtenders. Since states are legalizing cannabis, then there’s got to be some form of protection that keeps the budtenders safe, and here is how the government can help.

How can the government help?

Cannabis advocates, enthusiasts, users, and entrepreneurs have called on Congress to endorse the SAFE Banking Act. Congress has already approved the bill that is still yet to be implemented. It could become a law that allows banks to do business with the cannabis industry without the concern of being charged to court for money laundering.

It is also crucial to note that banks are interested in doing business with the cannabis market. But the fact that it has the “Illegal” stamp at the federal level makes things complicated. Marijuana-related businesses (MRBs) are bankable, and if the financial institutions receive the assurances of being protected by the government, the criminal targeting of such companies will drastically reduce.

Another idea to curb this threat cannabis experts have been clamoring for is for the federal government to legalize cannabis. If cannabis is legalized at the national level, budtenders at marijuana dispensaries across the country will receive protection from the police.

Marijuana should become a legitimate part of commerce like the tobacco and alcohol industries, as this will give budtenders more rights to defend themselves against armed robbers.

The bill in Congress called the GRAM Act, which offers protection to cannabis users who defend themselves during a robbery. The bill also makes provisions for safeguarding gun owners who use marijuana in legal states.

In 2020, states with legalized recreational marijuana made $2.7 billion in tax revenue. It is a painful reality to think that budtenders who make these billions possible don’t feel safe at work. If marijuana is illegal at the Federal level, it will prevent budtenders from protecting themselves, which is a worrisome threat to the sustainability of the cannabis market.

If an industry is providing revenue to a state through sales of marijuana, the industry and the personnel that constitutes it should be protected. If the government cannot offer such protection, then budtenders should be allowed to carry guns without consequences. 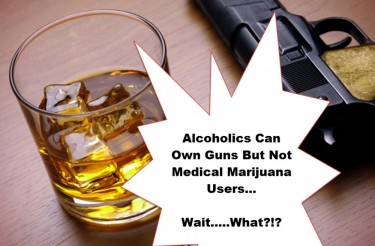 ALCOHOLICS CAN HAVE GUN PERMITS BUT NOT CANNABIS USERS? 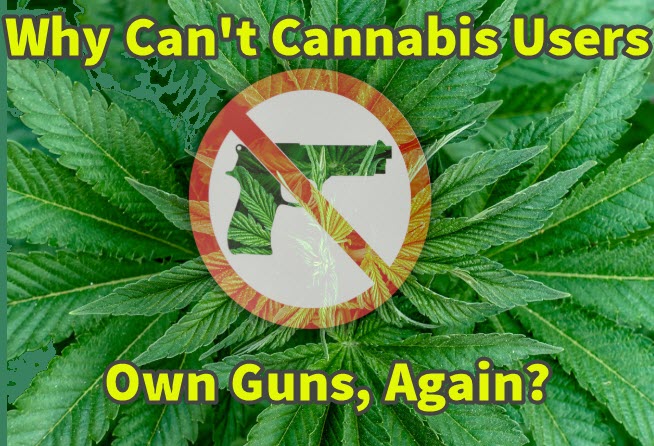 Marijuana and CBD Benefit or Harm for Anxiety Webinar