Is Ayahuasca Even Legal in the United States?

Ayahuasca is a popular name in some circles while some are completely oblivious of what this entheogenic brew is. More importantly, the status of the drink in the United States is also an important matter of discourse. This is because many do not have accurate facts on what the law says and what the government is allowed to enforce. Read on as we look deeply into the legality of ayahuasca in the United States.

The year 2006 was the breakout year for ayahuasca to come to the limelight after a federal court case about its use in the United States was won by a Brazilian religious society known as UDV. The importance of this case is largely due to the fact that the major content of ayahuasca known as DMT is a psychedelic substance. This psychedelic substance had initially been banned by the US government in 1970 which made winning this case a great opportunity for the growth of ayahuasca in the country. This sparked questions and reactions regarding the legality of ayahuasca in the United States and like many issues around the legality of psychedelic substances in the US, it’s a bit complicated.

The special drink is not always called ayahuasca as some call the drink yage or hoasca for short. It is a traditional drink that can be traced back to different tribes in the Amazon as well as other parts of South America. The major contents of ayahuasca are the vine of Banisteriopsis caapi and the shrub of Psychotria virdis. The synergy between both ingredients helps to achieve the entheogenic brew. The psychedelic compound known as DMT (N, N-Dimethyltryptamine) which gives rise to intense hallucinations is gotten from P, viridis whereas different alkaloids in B. cappi helps to ensure that DMT doesn’t break down too quickly in the body. This gives the compound considerable time to provide its intended effect.

Ayahuasca gives rise to different types of effects other than just visual and auditory hallucinations. It promotes feelings of euphoria, purging through vomiting or diarrhea of tears, and deep, psychological, and spiritual insights. This is why the drink was used for different spiritual exercises among the originating tribes in the Amazon and why such wide attention has been drawn to the brew.

It will be hard to talk about ayahuasca and not properly talk about DMT. The psychedelic compound occurs in different plants and animals and some researchers are looking into potential medical benefits of the compound. However, known adverse effects of the compound include paranoia, confusion, and anxiety. These characteristics led many to believe the compound will follow the trend of other psychedelics and have a high degree of dependency. This prompted the restrictions and outright ban placed on the compound by the US government in 1970. It is the same with international laws where the use of DMT is prohibited.

Ayahuasca in the US: The role of religion and politics

It must first be clearly stated that the INCB (International Narcotics Control Board) has stated that all countries reserve the right to retain the power of legislation on ayahuasca. The classification of DMT as a Schedule 1 drug under the Controlled Substances Act of 1970 makes ayahuasca illegal in the US however, there are some exceptions. With ayahuasca have deep spiritual meaning for different religious groups worldwide, a tricky situation regarding the illegal status arises. The UDV (União do Vegetal) is an example of such a group as the drink is used in one of its formal ceremonies. The vomiting reaction caused by the brew is seen to be a form of purification. Others also stand on the belief that intake of ayahuasca can lead to spiritual awakenings of some sort.

This basis creates an exception for such groups and is the major factor for the case won by the group in federal court in 2016. This is because certain religious traditions are protected under the Religious Freedom Restoration Act of 1993. Another religious group known as Santo Daime won similar rights to consume ayahuasca in March 2019. This is but one of the special cases that cover the use of ayahuasca in the United States.

Ayahuasca in Oakland and Michigan

We mentioned earlier that the coverage of protection of religious practices is not the only opening for the legal use of ayahuasca in the United States. There is also another opening in states and cities like Oakland and Michigan. In a bid to preserve and protect some entheogens produced by plants and fungi, some states decriminalized natural entheogens. The Oakland Californian city council was first to do this in June 2019 as natural entheogens were decriminalized by a unanimous vote. The interpretation of this is that anyone in possession and use of such entheogens cannot be prosecuted. Thankfully, this also includes ayahuasca which is a product of P. viridis shrub and B. caapi vine.

Others followed this bold step by the Oakland Californian city council as Ann Arbor’s city in Michigan did the same in September 2020 likewise Washington DC in November 2020. This opening is welcomed by users and lovers of ayahuasca in these states and cities and has created a complex picture of the legality of ayahuasca in the US.

It is now obvious why there seems to be much debate and controversies surrounding the legality of ayahuasca in the United States. While it is pretty clear that the classification of DMT as a Schedule I narcotic drug renders the brew illegal, the opening available to religious organizations makes many question why it should only be applied to such groups.

Lovers of ayahuasca are bound to be on the lookout be it for the next cities that will make moves to protect entheogenic compounds produced by nature or the federal stance on DMT. Nonetheless, no one can truly say what the future holds for the legality of ayahuasca in the United States. One thing remains sure for now which is the fact that the brew is illegal in the United States. 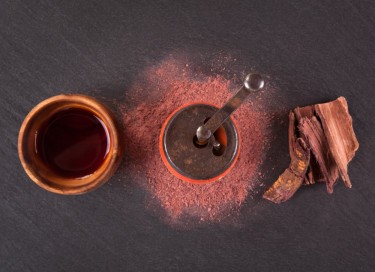 I TRIED AYAHUASCA FOR THE FIRST TIME LAST WEEKEND, HERE IS WHAT HAPPENED.. 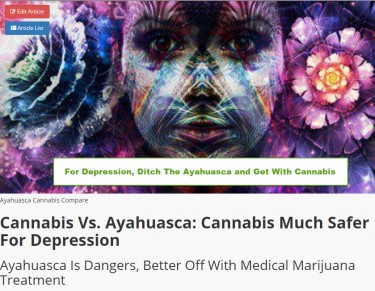 CANNABIS OR AYAHUASCA FOR DEPRESSION, WHICH IS BEST?