Have Marijuana Tax Revenues Fallen Short of the Mark for Many States?

If you want to make headlines, talk trash about cannabis.

At least, this is what Glenn Youngkin found when he made the following comment;

The politician who is running for Governor of Virginia has been very outspoken against cannabis and has made it a critical component of his campaign.

Perhaps Youngkin didn’t get the memo that even republicans like weed these days.

Nonetheless, this was the hill he chose to die on and so I’ll provide him with the ammunition to do so.

According to Youngkin, “Every state has had dismal results”, but this is factually just not true. It’s always interesting to me that politicians claim these things without fact checking themselves.

Youngkin claims that he doesn’t have a problem with “cannabis” per se, but rather the economic promises.

How has cannabis states performed?

When it comes to California, Youngkin is not entirely wrong.

California did have a very slow roll out due to their enormously high taxes on cannabis which at one point was estimated to be taxed at 40%.

This led to roughly $3.1 billion in 2019, with roughly $8.7 billion going to the black market. It’s safe to say that California is not hitting their targets.

But, they have been making amendments and are even providing some financing to dispensaries and suppliers to jump into the new model.

As a result, the revenue has been increasing slightly. Once they can fix the tax problem, it should self-correct rather quickly.

Nonetheless, $3.7 billion compared to “zero” which is what you get when you don’t legalize cannabis is a substantial amount.

Virtually every other legal state has seen increases in cannabis tax revenue over the past few years and while in some cases the performance of cannabis sales were hyped slightly by activists – it still is a significant source of state tax revenue.

Additionally, it’s important to recognize that the states he was referring to were the first states to legalize. Their cannabis models weren’t “the best” and is continually being refined.

States that are legalizing currently have seen a quicker ROI when it comes to state revenue.

Why the money is not the way!

I’ve written about this in a previous article providing a detailed account why “money” should not be the primary motivator for cannabis legalization.

The freedom of choice and expression should be at the forefront of the conversation, but both activists and opponents of cannabis reform tend to return to money.

There are far more pressing reasons why cannabis should be legal;

These are just a few items I came up with off the top of my head. While tax revenue can help rebuild roads, fund school education programs and the likes, it should never be at the forefront of legalization.

If you’re looking for a more detailed rant about why Money is NOT the Way….then click here!

Why are there still people contesting the cannabis legalization movement?

Unless you’ve been living under a rock, we’re undergoing a major revolution in medicine, personal responsibility & freedom, the way we do business, etc.

In terms of cannabis, it’s almost a no-brainer that it will become federally legal at “some point”. The vast majority of Americans are in favor of its legality.

Yet as there were “horse unions” who fought the automobile and as there were “beeper companies” trying to convince you that a mobile device simply is not as good as having a number tell you that someone is trying to call you – so there are antiquated people within society who believe cannabis is bad.

Youngkin might not “publically have a problem” with cannabis, but the fact that he chose this as a pivotal point in his election campaign means that he actually believes that cannabis is bad.

That’s totally find if he was a private citizen, but he’s trying to be the governor of Virginia and with that power, he would be able to stifle any attempts at expanding legalization and access to consumers.

Does Youngkin have a chance to win?

Ultimately it will come down to the voters to decide if Youngkin has what it takes to represent the “blue-leaning” state.

Ideologically he’s at odds with the majority of the state’s population, however – according to some sources he actually does have a chance to win.

I’m not going into the nitty gritty as to why, but he’s pretty much running the same way as Trump did with the “outsider” card, and since people are fed up with the establishment, it throws a bunch of points his way.

What about the money though?

As a final point, Youngkin might be disappointed with the projections of state revenue from cannabis, but I would like to point out to him that the opposite would mean that the state makes no revenue on cannabis.

In fact, not having legal cannabis on the books means it’s an expense since there would be enforcement costs.

As a business man, one would imagine that this kind of economic-logic would be obvious to the man, but seeing that he’s also a Republican – it’s safe to say that he’s arguing from an ideological perspective.

Of course, he could also be saying all of this solely for the reason to get headlines. These days (anything)  + Cannabis = Headline News!

While the money of cannabis has seen a slow rise in terms of tax revenue since the beginning of legalization, we must also remember that the marketplace is only 10 years old more or less.

What would be the worth of cannabis in another 10 years? How about 20? 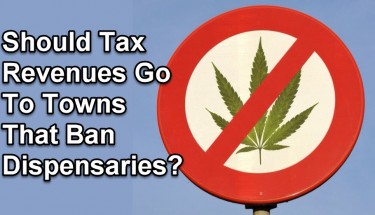 SHOULD WEED TAX REVENUE GO TO TOWNS THAT BAN MARIJUANA?

Can CBD Help Improve My Gut Health And Digestion?

Is Cannabis the New Wellness Trend? | This Morning