Of Grams and Gropes – The Female Experience Within the Cannabis Industry 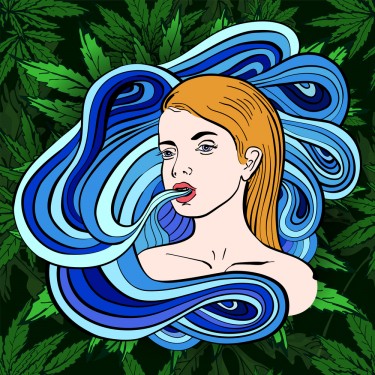 As a man, you’d never truly understand the ‘extra layer of bullshit’ a woman goes through on the daily.

For example, when I walk down the street in the middle of the night; I don’t have the lingering thought that some oafishly grotesque fuckwit might jump out a bush to rape me.

This doesn’t mean that men can’t be assaulted by other oafish fuckwits, but within the context of personal space, safety of self, and even within industry– it’s just a bit easier to be a man.

While being creepy isn’t a crime like the other two mentioned within the post – it still is uncomfortable and not something you’d like to experience repeatedly.

My goal here is not to say my piece about the subject matter as I typically do within my Op-Eds, mainly because I have no experience from that perspective of life.

Therefore I am using my platform to give the women who responded to the post a voice to reach more people. I’m not trying to start a witch hunt, or another Me Too movement. I don’t think that would solve anything.

I’m trying to raise awareness on the issues and to call out some bullshit. I have never understood the need to mistreat people because of their race, sex, religion, or whatever other characteristic you can think of.

I have long renounced any notion that I am the owner of any truth but my own. Therefore subscribing to any idea or paradigm that utilizes any of these aforementioned metrics to judge a person seems to be an irrational position to me.

It’s far simpler to embrace our differences than to fight them all.

A little bit later, the horror stories started coming in.

For example one Redditor sssupsucca said;

In 6 months, had 3 customers ask me out (although one of them was super understanding/not rude after I told him thanks but currently already dating someone), one old guy got Super creepy after he found out we had THC infused lube(fortunately my “refuses to get shamed/creeped on” witchy manager took over immediately), and another older guy was asking about ingestible THC oil and literally asked me, “so if I buy this and I give you some, will you come over to my house and clean it naked?” In front of 2 coworkers, another customer and a person who came in to do maintenance. Point blank just said “nope, I will absolutely not!” We all laughed about it after, but still so fucking gross

It must be difficult to be continually hammered by dudes who can’t read cues. Typically, it’s the dumbest most rank looking motherfuckers that blatantly say shit like that.

Just reading this experience put a foul taste in my mouth.

A grower also chimed in with her experience – user “Kgetit” said;

Yes. Edit: I didn’t want to get in to any of my stories, they are all problematic. I work in California, I’ve worked in Northern and Southern. It’s like taking a trip back in time with men in the industry. They don’t respect us as growers, they don’t respect us as someone who is knowledgeable, and especially the old skol boys want to keep us objectified. Brands use women’s bodies to sell their products… like a fertilizer company in a convention hired a bunch of models for their booth. The crazy thing about it to me is this plant is female. These men worship a female plant but don’t extend reverence to a human female.

I think people should respect knowledge and results. If someone is growing dank buds, that is all that should matter.

Unfortunately, however, “sex sells” is more about how advertisers utilizes our base instincts of reproduction and uses it against us to buy their products. You might not even be aware of it, but in relation to the latter part – this is actually a calculated strategy of marketing.

How do we change this?

We probably can’t – but what we can do is give respect to the woman who run stores and grow dank buds…just focus on the results godammit!

User MichelleHR802 also spoke about her experience as a business owner within the cannabis space;

I own a cannabis business with my Husband, so I haven’t had to deal with sexual harassment. I believe the reason I haven’t directly dealt with sexual harassment is the fact that everyone is aware of my husband and I own the company so it would have to be by other business owners. I will say however getting respect in the cannabis industry as a woman has been hard. I purposely bring my husband any time we are doing a meeting because for whatever reason people take me more seriously even though I’m who runs the company on a day-to-day basis. I’ve had someone shake my husband’s hand, then I reach mine out and they just don’t shake mine. It’s very awkward and rather sad. I couldn’t imagine being a regular female employee in the cannabis industry.

I have seen this kind of misogyny in action to my wife, in front of me. I had to stop the business deal and tell the dude that I can’t work with someone who can’t treat my partner as my equal and walked away from a decent sum of money.

Why, because fuck that dude is why!

It baffles the mind to think that simply because someone has a different gender than yours, they are somehow “less capable” of doing shit.

Michelle, you keep on trucking away and use your husband as proxy to knock down the walls of “dem dumb oafish fucks!”

This is such a big issue in the industry! I have a friend that quit her job after being harassed by subordinate employees and having management do nothing about the problem. She went back to bartending — seriously, working in a bar was a less harassing environment than the cannabis industry.

I got fired after publicly calling out an owner who was promoting women based on who was sleeping with him. They literally created a new department and job title just for her… After she signed an NDA and ‘love contract’. Another weed company I worked at had a manager who liked to touch the young girls working there. Another place had a head chef that tried to follow a girl home, he was convinced she was his perfect girl, sent there just for him. Management gave him multiple ‘warnings’ — no concrete punishment.

It’s definitely a boys club. I personally am pretty burnt out on working for rich frat boys. I’m leaving the industry because it doesn’t seem like a good place for strong, independent women. Hopefully someday, regulations will be approachable for everyday people and I can open up my own bakery.

When it comes to regulations that will be approachable for everyday people, I wrote a piece that I think could solve that problem. The government won’t like it – but fuck them for making weed illegal in the first place.

But we also have to remember that there are Trans people also suffering as “Satyric_Esoteric” pointed out;

Not just cis women. I’m trans (MtF) and deal with a shit ton of flak because of it. Even finding a job was a nightmare. Ya could hear the disappointment in potential employers voice when they call me and find out I’m trans (voice training is slow going).

I overhear plenty if transphobic shit, when that’s not happening I’m getting misgendered or being stared at. I’m a temp laborer tho, so I am in a shitty position to speak up.

Recently I had a coworker quit cus she kept on getting advances from thirsty ass dudes with bad boundaries. Not the first time I’ve seen it, and it’s sickening.

Fighting for legitimacy in an industry that doesn’t want me there is a thing. Representation matters though which is why I’m sticking with it.

Of course, this isn’t the experience of every woman within the industry – there are some that don’t endure all of these hardships, but that doesn’t mean that this kind of behavior isn’t happening.

One comment on the thread read; “Name one industry where this doesn’t happen” which is 100% true. This isn’t an issue about cannabis or the cannabis industry, despite the fact that it’s predominantly owned by “frat boys” as many of the woman called it.

But it’s the “Frat Boy Mentality” that plagues society. Frat boys are beta males pretending to be Alphas when in reality their behavior resembles that of hyenas rather than that of Lions.

If you work in the cannabis industry and are female, feel free to chime in on the reddit post or simply drop your experience in the comment section to add to the conversation.

MORE ON THE CANNABIS C-SUITE, READ THIS..

MEN ONLY – WHY THE CANNABIS INDUSTRY ISN’T MORE FEMALE FRIENDLY!