The Search for OG Ditch Weed and Why It Matters 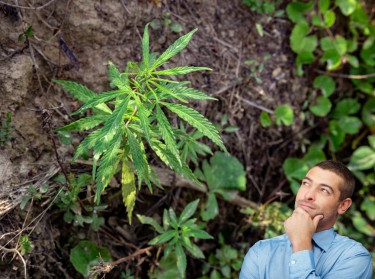 When you mention “ditch weed”, you’re probably thinking of some scraggly weed you found growing on the side of the road. Other people call “ditch weed” – Wild Weed.

But how wild is ditch weed really? The truth is, not that wild anymore.

This is because of modern cultivation practices have been cross pollinating truly wild weed which is creating “ditch hybrids” of sorts.

This is why there are many researchers that are currently on the search for the OG Ditch Weed or the “truly wild” cannabis strains out there, untouched by modern industry.

Having the purest cannabis strains can help researchers understand/and fight, diseases that affect the plant, better understand the genome of cannabis.

If I were to ask you about where weed originates from, most of you would probably guess “Asia”. This is because most of the literature on cannabis suggests that it originated from somewhere in “southeast Asia”.

Nowadays, they believe it’s more closely to modern day China. The researchers found that the Chinese Cannabis strains have more in common genetically to Wild Weed.

As mentioned, having the most “OG-est” of Ditch Weed, would give growers a whole bunch of tools to selectively grow traits and create new strains.

How do they know it’s from China?

In order to find out where and when weed was originally domesticated, researchers took about four years of compiling a detailed group of 110 different cannabis varieties from around the world.

Then, the researchers sequenced 82 brand new genomes which they then combined with 28 genomes that were already publicly available.

After, they have gathered all of this genetic information, they analyzed the data to find out what relationship the plants had from around the world. It turns out that the plants from China were most closely related with the wild ancestors.

The researchers also found that this so-called basal lineage of cannabis split off from the more heavily domesticated varieties grown today about 12,000 years ago, and that the psychoactive and fibrous strains of cannabis didn’t diverge from one another until about 4,000 years ago. This places the initial stages of cannabis’ domestication in a time and place that is already known as a hotbed of agricultural innovations—where modern crops including rice, broomcorn and foxtail millet, soybean, foxnut, apricot and peach were launched. – Smithsonianmag

In other words, they found a third “variety” that isn’t “Hemp” or “Marijuana” but something that looks more to resemble the “wild cannabis” pre-human tampering.

However, even this “third lineage” as they call it, while it is far closer to the “wild variety of cannabis”, the researchers concluded that they still are considered “feral” as opposed to truly “wild”.

The difference between Feral and Wild cannabis is that feral cannabis was once domesticated and then began developing on its own in the wild.

Let’s say you dropped a seed from some weed you smoked once, and that seed sprouted and went through a complete life-cycle, produced seeds by switching its sex or got pollenated by some other plant – and so continued to survive in the wild.

After a lot of sequencing, these researchers believe that a truly wild lineage may be extinct, however – considering we’re discovering new creatures and things everyday, a truly “wild cannabis lineage” may still exist somewhere in the world.

However, while the OG Ditch Weed might be lost due to modern cultivation techniques – the research also provided 82 new sequenced genomes which it makes publicly available.

Yet this is only the beginning – the truth of the matter is that there is much more still left to discover as Nolan Kane, a plant geneticist at the University of Colorado who wasn’t involved in the paper;

“These additional genomic data are a phenomenal resource that adds a huge amount to our existing knowledge…There really hadn’t been much in the way of publicly available sequences from many of the countries they sampled—I’ll certainly be downloading their data and reanalyzing it.”

More importantly, Kane says that there might be some gaps within the research. For example, there are no samples from Russia – which has a massive territory and not a rich history of cultivating cannabis. Within these regions one could potentially track down ancestral strains.

There are also no samples from Afghanistan, Mexico, and numerous other prominent places with a rich history of cannabis production.

Of course, it’s impossible to embark on a study of “global cannabis”, and thus the efforts by these researchers should be applauded.

What the Cannabis Industry SHOULD be doing

What the researchers did in this study was provide some significant insight onto the history of cannabis, allowing us to paint a clearer picture of our past.

However, they are also bringing to the table a bunch of new sequenced genomes which will undoubtedly impact medicine, recreational cannabis and much more.

This is something that the cannabis industry should consider; “Funding more of these research efforts”, in order to create a level playing field in terms of cannabis research.

The Feds only fund the worst kind of research

If you want to figure out if blowing smoke into the anus of a dog would give it cancer – the government would probably fund it.

Why? Because 95% of their funding when it comes to cannabis is specifically directed towards finding the harms within use.

While privately funded research would never be “accepted” as “legitimate” by the authorities. They have “proper channels” for those kinds of things.

However, when you try to prove that cannabis has a positive impact on perceived pain by the patient…the authorities would close it down if it doesn’t fit into their current narrative.

This is why it’s important to fund “actionable research” where you can simply use the findings to achieve a specific objective.

For example, something like sequencing these genomes would provide the appropriate group of individuals enough insight to amplify more desired characteristics and help fight diseases and other potential risks to a developing cannabis plant.

This would mean that even if the FDA or whatever other “regulatory agency” wants to say about cannabis is irrelevant. If you can take action without the need of their approval – you’re wining!

Nonetheless, the findings in this paper will definitely shape the cannabis industry in the years to come. 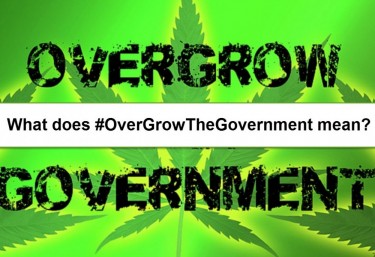 WHAT DOES OVERGROW THE GOVERNMENT MEAN? READ THIS!