An Alcoholic’s Guide to Cannabis Consumption 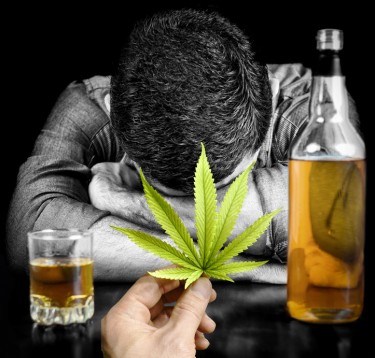 The other day I stumbled on a post on Reddit written by a former booze hound who switched to cannabis to quit drinking.

I quit drinking about 16 months ago, but I immediately started smoking more pot. Then I started vaping the high-concentrate waxes and shatter, and drinking tonics that are 100mg THC per bottle. I was putting massive amounts of THC in me. So, obviously, I was sober from booze, but not addiction-free because I was doing THC. If you do this- watch out- I quit the THC a few months ago and had major depression for a couple weeks afterwards. People say there is no withdraw from pot- they are trying to sell pot to you, or they just don’t know. There is withdraw, and it is NO fun. I’m sure the severity varies from person to person. So if you do pot, I’d recommend small doses! I have since quit.. once a month maybe I’ll smoke some flower. (Pot is legal in my state) – Reddit

While it’s good that the Redditor in question managed to wean off high doses of weed, and essentially break the cycle of addiction – it’s important to note that while weed can help you quit alcohol, it can also fill the space that the addiction to alcohol created.

This is one of the major issues with substitution; you don’t necessarily get rid of addiction but simply switch hats.

It also inspired me to write this guide from the perspective of an alcohol and to create a correspondence between certain types of cannabis consumption methods and how it would translate into the world of alcohol.

Of course, it must be stated that this is purely subjective and that it should be taken with a grain of salt…or in this case a grain of malt!

Joints – The Beer of Marijuana

Similarly, the most popular way of consuming cannabis still is “flower” which predominantly is smoked in joints. Roughly 37% of the cannabis product market share goes to flower.

Thus, an appropriate comparison would be joints to beer. If you’re looking for a smooth way of consuming cannabis that won’t straight up fuck you up – pipes or joints would be your best bet.

Similar to beer, it’s got lower “intoxicating effects” than the other products on our list and you can titrate your consumption.

Think of a Joint as your six pack! You can take a few hits from it, and when you feel the buzz – you can turn it off.

I have smoked a joint for days, just taking little hits here and there which is why I believe that Flower & Beer have the most in common when trying to equate the two wildly different substances.

Vapes – The Wine of Marijuana

Next, let’s start hitting up the Vapes which takes up 32% of the cannabis market share. The reason I would say vaping is more like wine is not because of THC content, but rather the “type of consumer” tends to resemble wine drinkers.

Firstly, vaping devices can get quite costly. Pax dropped their prices, but the Pax 2 still comes with a $150 price tag. A Pax 3, will cost roughly $100 more.

This price point separates it from the average “flower consumer” that could very easily smoke their weed in an apple if need be.

While vaping doesn’t necessarily increase the THC content, it does refine the toke a bit more by eliminating combustion from the equation.

I personally love vaping dry herb, it simply allows you to get more for your money in my opinion.

Concentrates – the Spirits of Marijuana

It’s a no brainer to equate “dabs” with hard liquor. Some concentrates can have 99% prevalence of THC – which might sound like a lot, but you must understand that you have a bioavailability factor to consider.

Not all the 99% of THC will make it into your system.

Nonetheless, it’s an easy comparison that Dabs could to weed what Vodka is to alcohol. It’s strong, it packs a punch and you really don’t need much of it to get the job done.

If you’re looking for something to pack a punch, a dab will do!

Edibles – The Cocktails of Cannabis

Finally, we’re going to take a look at edibles and why I consider it to be the cocktail of cannabis.

Firstly, it comes in all flavors and even include liquid form. Secondly, just like with cocktails that mask the taste of alcohol – you can totally have “one too many” which will send you down a rabbit hole of serious shitfuckery.

As with Cocktails, pacing yourself is the best approach to edibles and waiting at least an hour between edible will allow you to titrate your high.

Technically, out of all of the means of consuming cannabis – edibles has the greatest chance of sending you to cloud-9.

This is because when the liver breaks down THC, it turns it into 11-hydroxy-THC which is said to be 10x more potent than Delta-9-THC.

How to quit Alcohol with Weed

As we saw in the original example, replacing your alcohol addiction with a weed addiction is not the way. However, with the little guide I created here for you, you can sort of have an idea of how to substitute and how to not abuse these cannabis products.

Alcohol withdrawal can be lethal depending on the severity of the addiction. Cannabis can help mitigate some of these effects, however – if you’re trying to substitute one addiction for another, cannabis won’t be much help in the long run.

It’s best to have a game plan, and hopefully with this article, you should have some idea already. 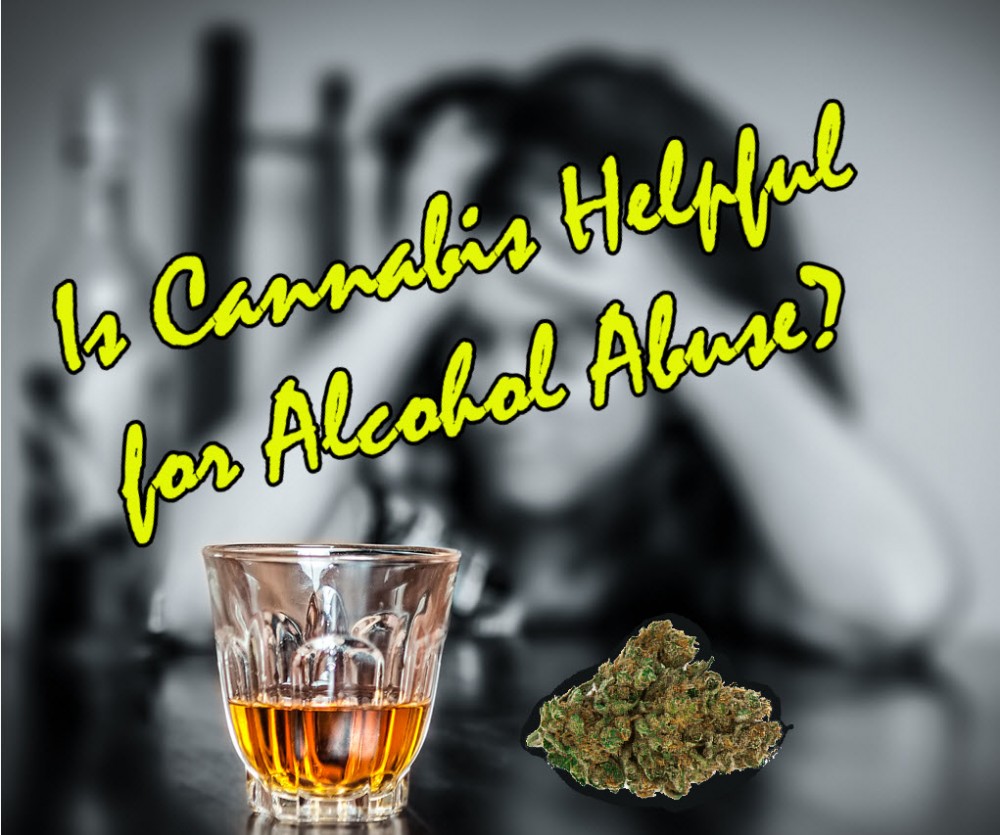 CANNABIS FOR ALCOHOL ABUSE, DOES IT WORK? CLICK HERE