Colombia Legalizes Medical Marijuana for Local Use and Export, Is This a Game-Changer? 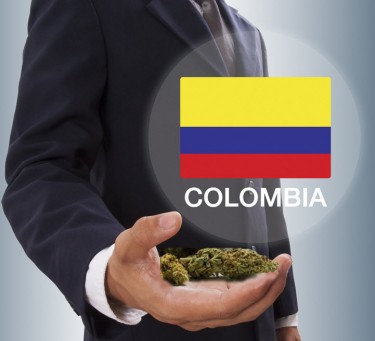 Colombia is set to become a significant exporter of medical cannabis in the Latin American region, and this an inspiring news to the global cannabis community. The President of Colombia, Ivan Duque, gave the decree on July twenty-third that effectively lifts the ban on distributing dry cannabis flowers outside the country’s shores.

This degree has renewed the confidence of investors in the cannabis sector in Colombia as the country is set to enter the league of big cannabis players generating high revenue. President Duque maintains that Colombia wants to be at the head of regulatory processes in Latin America.

Of course, the focus is to dominate the Latin American and Caribbean market and build from there. The country is also opening up to do much more in the cannabis-based cosmetics, food, and textile and beverage sector.

Additionally, Colombia has also approved the 2016 legislation, which regulates the production, distribution, and sale of all export seeds, cannabis products, and topically.

However, the country had banned the exportation of cannabis flowers; they feared that the move would enable the influx of legal cannabis into the black market.

The decree 811 of Colombia

With Decree 811 of 2021, the laws are modified with a focus on regulating medical cannabis. The minister of Justice, Minister Wilson Ruiz, has said that this new law makes it possible for manufacturers to produce extracts, oils, textiles, or food items with non-psychoactive cannabis. The country’s non-psychoactive cannabis is its equivalent to hemp so long the product has a biomass of less than 1% THC.

The cultivation of cannabis flowers is an exciting concept as cultivating an equatorial climate makes quintuple annual marijuana harvest possible. Such a cannabis cultivation process also entails low labor costs, which means the final dried flowers will compete favorably in the global market.

In America, the cultivation cost of medical marijuana is within the range of 50 cents to one dollar per gram. But in Colombia, it is five cents to a gram; this is an incredibly uneven market. However, the new decree will bridge the cost gap because legalizing the cultivation of cannabis flowers gives more people access to the market.

Instead of relying on the black market, Colombians will have a stable legal market with increasing cultivation prowess. The new decree replaces an existing degree 613 and offers approval to export dry flowers for medical and scientific purposes.

The decree places measures to encourage the production of domestic marijuana-based products such as food and beverages. It also occurred after months of lobbying by members of the Asocolcanna, which is the Colombian Cannabis Association.

Progress was on the horizon was a letter written in 2020 by the Superintendency of Industry and Commerce to the Ministry of Health recommending cannabis flowers exportation.

International companies will engage with the Colombia Cannabis Reform

Most of the country’s medical cannabis market remains underdeveloped hence why most raw materials end up in the international market. The global market here entails the United Kingdom, Germany, and the United States.

By lifting the prohibition on shipping dry flowers, the regulatory process will commence, which will be done to the highest level that meets international standards. The Vice President of regulatory issues insists that the end of prohibition marks something new in the Colombian cannabis market.

How the decree affects cannabis multinationals in Colombia

President Duque signed the new legislation at an event set up at a facility owned by Clever Leaves, one of the 18 multinationals growing and investing in medical cannabis in Colombia.

The policy change by the government of Colombia will address the country’s addressable market, which is a region Clever Leaves has made substantial investments. But before the decree, the company struggled with limited selling capacity and could only sell processed or extracted products. The new law will change the game for the company.

Although Clever Leaves has had prohibition issues with Columbia, the company has been building the necessary capacities required to produce a pharmaceutical-grade product.

Clever Leaves is poised to maximize this new cannabis opportunity in Colombia to export dried flowers. They will be leveraging on their specialized agriculture facility.

Expert’s project that the Latin American cannabis exports can be worth up to $6 billion and a newly regulated industry will eradicate the need for deadly drug eradication tactics. The regulated medical cannabis flower will also help fight cocaine production, which is a much better option than spraying cocoa fields with carcinogenic substances.

The Financial Times has reported that the production of cocaine is a bigger problem in the country than it was in the 1990s. The International Agency for Research on Cancer (IARC) in 2015 reported that the ingredient in glyphosate was perhaps carcinogenic for humans.

According to the UN, between the years 2012 and 2017, cocoa production increased by 250%. Despite the efforts from President Duque, little progress was made as cocoa operations continually thrived. For decades, paraquat poisoning on marijuana and cocoa plantations sometimes entails US DEA agents has left an enormous burden of long-term health effects on Colombians.

This new degree will make marijuana a much safer cash crop that satisfies the yearnings of Colombians who enjoy cannabis while making their way into a thriving international community.

Colombia is now set to take its place in the international cannabis market, and this is a source of great excitement to all who enjoy marijuana products. The focus here is also on dried cannabis flower, which has become a highly sought-after substance globally.

This country is taking the lead in Latin America. Will we hear more of such decrees from other nations? Hopefully so, and it will be all for the greater good of the marijuana industry.

WHY THE WORLD NEEDS TO BE READY FOR COLOMBIAN CANNNABIS! 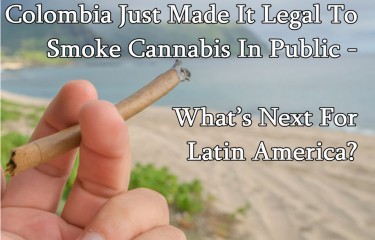 COLOMBIA JUST MADE IT LEGAL TO SMOKE WEED IN PUBLIC, READ THIS!