Is Synthetic Weed Becoming a Problem in a Legalized World? 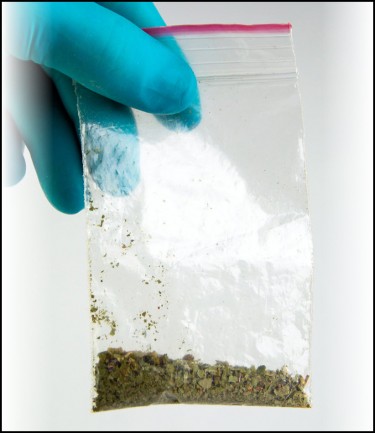 In the world of cannabis, a great deal is known about natural weed, its use, benefits, and possible side effects. This is because much has been done to educate users about how to use it and possible issues that may arise from improper use. However, this is not the same with synthetic weed and that might prove to be very problematic in the long run. With little being known by most, the chance of irrational use of synthetic weed is very high. Read on as we explore the important things you need to know about synthetic marijuana use.

Other names that are applicable to synthetic weed are fake weed or synthetic cannabinoids and this special class of compounds has been used as an alternative to natural marijuana by many. Synthetic weed is an artificial cannabinoid that came to the limelight in 2002 following some research activities in the lab. The goal of these activities is to produce compounds to help study the cannabinoid system in the brain and they are mostly sourced from a variety of plants. A wide array of synthetic cannabinoids exists with each having a different range of effects though some can be life-threatening.

Different applications have been given to synthetic weed over the years as some have been used singularly while others are offered as herbal smoking blends or herbal buds. This range of use and incorporation can prove to be problematic in the case of persons who find it hard to identify and distinguish them. Common brands names include Demon Passion Smoke, Blueberry Haze, Blaze, Dank, Nitro, Ninja, Ono Budz, Genie, Hawaiian Hybrid, K2, Magma, Panama Red Ball, Voodoo Spice, Skunk, Ultra Chronic, and Sativah Herbal Smoke. All of these examples easily fall under the class id unregulated mind-altering substances or new psychoactive substances (NPS).

The general effects expected from synthetic cannabinoids are largely similar to those of natural cannabinoids. They give rise to an intense euphoric high that is facilitated with bursts of energy or calm relaxation depending on constituents. Synthetic weed also produces some unwanted effects and long-term health problems such as extreme anxiety, symptoms of psychosis, confusion, paranoia, violent behavior, suicidal thoughts, altered perception, vomiting, and raised blood pressure. Other possible health issues that may arise include kidney damage and seizures. With a chance of developing these health issues existent, it is safe to say that the first way that synthetic weed is becoming a problem would be a lack of proper info.

Is synthetic weed becoming a problem?

Unlike natural cannabinoids, the web of uncertainty that surrounds synthetic weed is too complex with so many unconfirmed reports and views. The product contains dried leaves of different colors that can be smoked, vaped, or brewed in tea. It is very hard to get a good grasp of what effects synthetic weed will produce in the body as there is not sufficient regulation for the production and for identifying the contents of the products. These contents vary in structure and characteristics with some being similar in structure and activity to THC while some are completely different. One example is HU-210 which is a Schedule 1 controlled substance in the US making its use illegal.

Marketing synthetic weed and operating legal is premised on some loopholes some manufacturers have identified and are capitalizing on maximally. This is through the use of different types of synthetic marijuana mixtures and with such a wide variety available and limited information on the table, it is easy to operate freely. This is a big problem as the DEA has also commented on these products claiming that majority are produced in Asia with limited regulations or standards being applied.

The list of compounds under varieties of synthetic marijuana controlled at the federal level is far from when the products first came into the limelight. There is still much to do, however, as there is still limited info available as some compounds have been identified but are yet to be controlled. This reality puts ignorant cannabis buyers in a tough position as many of them buy such products without knowledge of the contents. Marketers of such products also do not help matters as different types of health claims are written on the label of such products to help boost sales.

Problematic results of the use of synthetic marijuana use

There is limited research done on the use of synthetic marijuana products in the body but the ones that are available are problematic, to say the least. Though more studies are currently ongoing, initial studies such as a report published by the DEA note that overdose of such synthetic products can cause fatal heart attacks. The report also contraindicated the use of synthetic weed products and its overdose with hospitalization due to acute injury common along with a need for dialysis connected to such patients.

Unlike natural weed, synthetic weed has a high chance of increased tolerance within the body leading to dependence. Consequently, stopping the use of such products might be very problematic as strong withdrawal symptoms can be experienced. The chemicals also reside long within the body system depending on a different mode of administration. Most standard urine drug tests are not on the lookout for such products making it hard to fail such drug tests. This is why many look to these classes of unsanctioned products to get needed recreational effects while avoiding possible legal or employment complications that would naturally arise.

The problems that synthetic weed can and is already becoming in society are very plain to see. With more regions of the world accepting the use of cannabis, it makes it hard to identify a person using natural weed that may be beneficial from synthetic weed that is probably very harmful and detrimental. This is why it is very important for the right info about synthetic weed to be put forward to protect the populace from harms they are unaware of. More also needs to be done in terms of research into these products to prevent problematic occurrences. 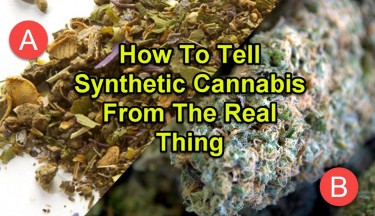 HOW TO TELL SYNTHETIC WEED FROM THE REAL THING, READ THIS! 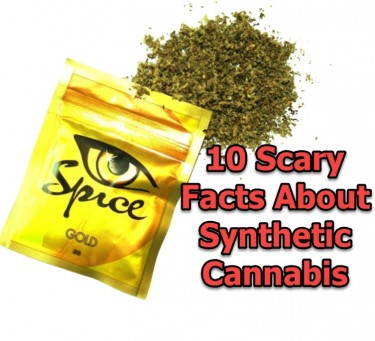 10 FACTS ABOUT SYNTHETIC CANNABIS YOU SHOULD KNOW TODAY!

Marijuana and CBD Laws in Texas