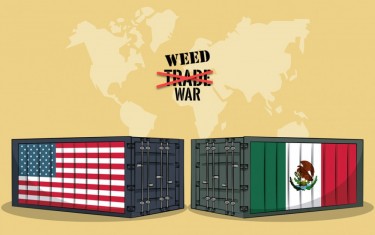 Since the dawn of the War on Drugs – Cartels have been painted as the “bad guys”, the villains of the story. At first, the illegal cocaine being shipped from Colombia sparked a bloody war that lasted for several years sponsored by the US Government.

Then, as Mexican Cartels rose to power, the drug war shifted once more and in 2006 initiated one of the bloodiest periods in Mexican History. The “Merida Initiative” would pit the Mexican armed forces, under the guidance of the US – against drug cartels.

This resulted in hundreds of thousands people either dead or missing and since then, the death toll has been a steady factor.

And why did the US promote these wars? Because they wanted to “stop the flow of drugs into the US”. At least this is the narrative that’s being sold to consumers in the United States.

Now, with 33 states in the US with some sort of marijuana program in the books – it’s safe to say that all the state sponsored propaganda only served to fuel the opposition. Drugs won the War on Drugs and with it, we’re seeing something that drug warriors have been dreaming about since the inception of the drug war.

The flow of drugs have reversed – at least when talking about cannabis.

One would think that Americans have exclusivity to the latest cannabis products being sold in dispensaries across the US – however, you’d be wrong.

Virtually everything you can get in the States can be consumed in Mexico, albeit for a premium price. Many dealers have been importing vapes, designer strains, infused edibles and other products illegally into the US where the price per product skyrockets.

Depending on the strain, you could be spending up to $500 USD per ounce of premium bud. Of course, the chumps that are buying this are doing this for ego and deserve to pay such a high-end price tag.

However, it’s not just the “rich” that’s buying these high-end products. The average consumer has changed their spending habits when it comes to weed in Mexico.

These days, a typical ounce of “decent stuff” – which could still have some seeds in it, could cost you anywhere from $45-75 USD per ounce. You can still find “Regular street weed” at $10 an ounce, but most people opt out of this option seeing that it’s basically smoking hemp.

Mexicans are Eager to Create their Own Brand Names

There was a time in US history where Acapulco Gold and Verde Limon were strains that Americans touted as being “premium bud”. But then in the 1970s, Californian Growers began messing around with genetics, imported strains from different parts of the world and began their extensive crossbreeding.

Over time, some of the world’s most renowned strains came to be and California became known for its high-end strains.

As weed became more accessible in the states, more strains began dominating pop culture and soon – Mexican strains lost its preference. People would much rather spend per gram of premium bud than per ounce of regular street weed.

However, this advantage is only maintained as long as Mexico stalls its legal cannabis regime. Once brands can legally grow cannabis in Mexico – there’s a whole counter culture ready to grow and create their own strains.

It will take some time, but Mexico has the potential to become a serious competitor for premium strains once more.

Mexico has a lot of growing advantages

Apart from having a dirt cheap workforce, Mexican growers have learned a lot from US growers. While it’s true that the majority fo the weed being shipped to the US comes from Cartel growers – who gives two shits about separating males from females.

The Mexican home grower cultivates cannabis more in line with US standards, and some of them have been collecting landstrains from Mexico and are creating their own strains.

Currently, nothing can be done with these strains seeing that cannabis still can’t be sold legally and strains can’t be registered intellectual property – yet.

However, when the law changes, you’ll see not only these home growers emerge, but promising business people will also be investing in creating their own strains.

Another advantage Mexico has over the US is the weather. Some places in Mexico are known as “The eternal spring”, and with volcanic activity in central Mexico, the soil is similar to that of California.

Whether they will become as popular as Mexican strains once were is hard to say – probably not. But we can imagine seeing Mexican bred strains in US dispensaries once commerce between the two nations is established.

It’s interesting to analyze the modern trends of the cannabis trade – specifically how the trade reversed as Mexico became the leader in prohibition.

Prohibition creates artificial scarcity, and with scarcity – those willing to break the rules stand to gain a substantial amount of profits.

However, the moment that you allow the free market to take control over substances like cannabis and probably all other drugs – you see that the consumer makes their choice based on quality as opposed to quantity.

People can still buy cheap Mexican weed on the streets, but when you can rather spend $10 on a gram of potent weed – people prefer the latter.

Prohibition has failed where legalization has succeeded – it stopped the flow of weed from Mexico into the US.

Perhaps if we could simply allow adults to consume whatever they want – the world drug market would regulate itself.

We’re seeing this exact scenario play out in places like Colorado and Washington, two of the pioneer states with weed legalization.

Of course, legalization won’t solve all the ills created by the drug war – but it certainly takes the power out of the hands of the Cartels and place them into the posession of the public. 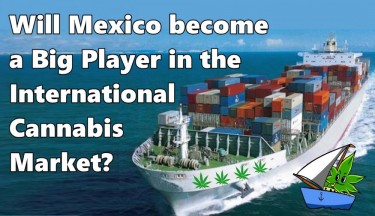 WILL MEXICO BE AN BIG PLAYER IN THE MARIJUANA MARKET?

Delta Variant is Different – It's the NEW COVID