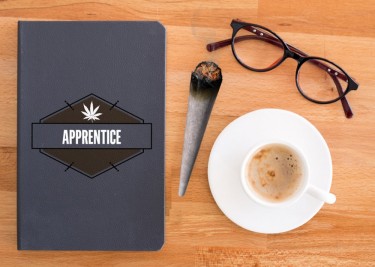 There are a lot of opportunities for people to tap into in the cannabis industry, but still, former marijuana inmates have the roughest time finding jobs here.

It is admirable to report that Dodi Blunts and the Last Prisoner Project have teamed up to create a commendable program to help former cannabis inmates work their way back into society.

Dodi Blunts is a premium cannabis company owned by the NFL star, Marshawn Lynch. The former Raiders running back launched his brand early this year in Oakland.

The Last Prisoner Project is a non-profit organization founded in 2019. The interest of the organization is aimed towards cannabis criminal justice reforms.

The first time news about this partnership was let out was a few months ago when Dodi Blunts announced in a press statement that it was partnering with LPP to help inmates that have been imprisoned based on cannabis-related charges.

It has been gathered that the Dodi brand plans to provide the funds needed to run the program. Dodi might also employ released inmates with non-violent charges as they try to get a foothold again in society.

Marshawn is keen on providing opportunities for these released cannabis prisoners within the cannabis industry.

The program is more or less an apprenticeship. It has been designed to help released prisoners get reacquainted with the recent happenings and changes in society during theirs. absences.

The Dodi Blunts/Last Prisoner Project Apprenticeship offers these individuals intense mentoring and training. The apprentice gets the hands-on experience needed to be successful in whichever niche they choose to be based in the cannabis industry.

The program will run for 90 days. The apprentice will work with the Dodi company and will be exposed to valuable experience, as well as connections needed to thrive in the industry.

To start with, a consultation session is carried out with the registered apprentices. Here, an evaluation will be carried out by the mentors to determine the level of skills and experience each apprentice has. Their interests are also inquired about. All these will guide the mentors to placing the mentees in the right niche in the industry. It’s more like testing their strength to see where they’ll fit in the best.

Next, the apprentice is rotated through the various units in the company, to know how the various areas of the business function.

After the programs, Dodi Blunts can choose to leave the apprentice under their wing as an employee, or the apprentice is released to find a place under another company in the cannabis industry.

Whichever path the apprentice finds himself, he would be able to stand with a strong foothold due to the wide variety of experience gathered during the program.

Dodi Blunts and the Last Prisoner Project will likely expose the double standards prominent in the fight against drugs in the United States of America.

In American prisons, a higher percentage of inmates charged with cannabis-related offenses are people of color— Black Americans, Mexicans, Indians to name a few. At least 40,000 Americans are fading away in these prisons because the criminal justice system is rigged against persons of color.

Now that individual states are starting to approve and legalize progressive cannabis laws, some of these individuals might have a shot at being released, while the rest may languish in their cells for a longer time.

The legal cannabis industry is getting stronger and bringing in more revenue than is expected. The profits being made by the industry are enough to go around. Hence the partnership project. Individuals that have lost all hope of getting respectable jobs due to their previous record of cannabis convictions can now look forward to being successful entrepreneurs in the cannabis industry. The program will be righting so many wrongs, and bringing joy to a lot of people’s faces.

This is officially the first apprentice to be recruited by the Last Prisoner Project. She was arrested in 2011 on possession charges and was sentenced to 3 years of probation(for possession). Saunders spent four months in federal prison for violating her probation sentence.

Saunders is now a strong advocate for reforms. In an interview, she expressed how hard it was to comprehend the fairness of her sentence. She also pointed out that cannabis felony crimes rest on a plant that is steering a multi-billion dollar cannabis industry upward.

It’s a decade past her conviction, and still, Saunders has not risen above the stigma associated with her cannabis record. As she’s still working to rebuild her life with her family.

Jeff Goldenberg, co-founder of 2nd and Goal Ventures, the company backing Dodi Blunts said that the damage associated with cannabis felony lives on even after the individuals have been released from prison.

Cannabis felony causes an automatic stigma on a person.

Goldenberg emphasized that the primary objective of the partnership between Dodi Blunts and The Last Prisoner Project was to focus on helping released cannabis offenders have a proper stepping stone back into the real world.

Immediately a Last Prisoner Project constituent is released, he/she is at their lowest point, and that sort of vulnerability needs the most assistance it can get.

Individuals that are trained and mentored in these 90 days programs have a likely shot at having a more successful career in the cannabis industry, compared to those that have no training.

I still maintain that it is an irony of immense proportion for people to be incarcerated for charges related to cannabis, especially when we consider the healthy profits being raked in by the companies in the industry. The best that can be done for now is to find these released prisoners well-paying jobs while taking steps to ensure the still-incarcerated inmates are released ASAP.

Be on the lookout for many more initiatives that would be kickstarted by the Dodi Blunts Brand in partnership with the Last Prisoner Project Organization.

Everyone sure deserves a second chance… 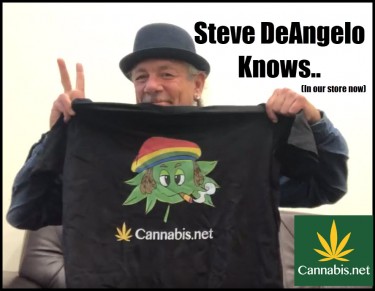 STEVE DEANELO OF THE LAST PRISONER PROJECT TALKS TO CANNABIS.NET!

Recreational Use Of Marijuana: Harmful Or Beneficial | Its not always about the legalization!!!