10 Recommendations for Future Cannabis Medical Studies from a Pot Insider 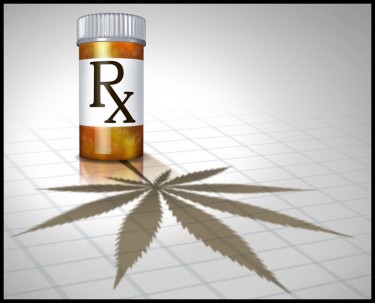 For the longest time, “marijuana” was seen as pathological in the eyes of the research community. This was not because researchers believed so – but rather that the vast majority of the grants were given to studies that supported this premise.

These days, we’re changing our tune and some scientists and medical researchers are asking for a new standard in cannabis research.

In fact, according to this article published in Psychiatric Times – the author Dr. John Miller – points out some glaring issues with cannabinoid research that needs to be addressed.

I’ll be walking you through the basics of the article and focus in on his 10 suggestions for cannabinoid research.

A Problem With Current Cannabis Research

One of the issues that Dr. Miller pointed out is that “cannabis” isn’t a single drug. Unlike all other drug research that focus in on one substance, cannabis is comprised of over 500 compounds that include cannabinoids, terpenoids, and flavonoids.

Therefore, to test for “cannabis” but not the proportions of these different compounds means that the standardization of the tests are faulty.

Perhaps there is a greater ratio of THC:CBD in one strain compared to another, which would undoubtedly affect the outcome of a study. Maybe there’s a greater presence of myrcene – a monoterpene that is often found in cannabis.

Scientists know about the “net effect” or the “Entourage effect” of cannabis, however – this is excluded from research when testing “cannabis” and as a result, creates faulty evidence.

“Interestingly, the odors (skunk is a common description) often associated with cannabis are largely due to the complex combination of terpenes, another compound that complicates the study of cannabis. (Cannabinoids are odorless.) An extensive literature documents the essential role terpenes play in the biology of the cannabis plant, the plant’s production of cannabinoids, and the properties of a specific strain of cannabis that help determine its market value. Terpenes likely also contribute pharmacodynamic and pharmacokinetic effects that impact the neuropsychopharmacology resulting from ingestion of each different strain of cannabis.8,9”

The above mentioned segment comes from the article published in Psychiatric times and points out how terpenes are also contributing to the pharmacodynamics effects of cannabis. In other words, you cannot study cannabis without also studying the interactions between these “other” substances.

And so, the good doctor has created an extensive list of suggestions scientists should consider the next time they decide to study the effects of cannabis.

The Use of the Word “Cannabis”

The word cannabis should not be used casually in medical literature, as it is nonspecific and includes varying molecular combinations of diverse cannabinoids, terpenes, and flavonoids.

This is probably one of the first things that need to be addressed within all modern studies. We often see that “cannabis” is responsible for X, Y or Z, but that is a blanket statement.

What specific characteristics of cannabis besides “dose” is responsible. Could it be a combination of different cannabinoids and how they interact with a host body?

All of these subsequent questions are equally important, especially if you are trying to establish scientific protocols.

Future research involving cannabis should use a single strain in each study; each strain used should be analyzed quantitatively and qualitatively for biologically active components.

Since each strain has its own genetic sequences, it should be noted that “X Strain” helped for “X condition” and understanding the combinations of terpenes, cannabinoids and flavonoids should be considered.

This is how researchers identified specific strains that shows promise in fighting off Covid-19.

Multiple Strain Studies should be categorized and studied separately

If multiple strains are used in a clinical trial, they should be analyzed (as noted in #2), and each strain should be studied as a separate arm compared with placebo.

This is standard in modern research and should be applied to all future studies. If you’re going to be using different strains, it’s almost like you’re using different drugs. They should not be lumped together.

Increased funding is needed to accurately characterize the 500-plus molecular components of the cannabis plant, including the pharmacokinetics and pharmacodynamics of each component.

With 95% of studies being funded to find “what’s wrong” with cannabis, more funding is necessary for discovery research – meaning, the research is focused on understanding the different molecular components of cannabis.

A public education campaign should aggressively disseminate the molecular facts about cannabis, especially the oppositional effects of THC and CBD. Similarly, the risks of increased psychosis and cognitive impairment with heavy regular use of THC in the developing brain should be explained, much like disclaimers on alcohol about drinking during pregnancy.

This is really something that should have always been practiced. We need to have a robust educational program that allows people to take informative decisions about their own actions and consumption choices.

If you can do this for alcohol, tobacco and virtually every other drug – you should do the same with cannabis.

Cannabis should be federally legalized and regulated similarly to alcohol and tobacco products.

Cannabis SHOULD NOT be regulated by the FDA

Cannabis should not be regulated by the FDA due to its extreme heterogeneity of components and the associated unpredictable pharmacological properties.

The FDA simply isn’t equipped to handle the complexity of cannabis. They are more a wing of pharma drugs, and thus should be used for cannabinoid medicine with specific cannabinoid combinations. The whole plant goes beyond the scope of the FDA.

Cannabis should NOT be prescribed by doctors!

Cannabis should not be prescribed by medical practitioners. However, as molecular components of cannabis are developed and garnish FDA approval, those components should be prescribed appropriately.

Pharmacological exploration and development of cannabis components that demonstrate medical benefits should be continued. CBD is a successful model of such.

There’s so much more to discover, it’s a shame that it’s taking this slow.

Physicians need to be educated on cannabis

Medical practitioners should discuss cannabis with their patients only after they have attained competence in understanding the science and factual risks/benefits/adverse effects of cannabis, similar to how a practitioner would discuss alcohol or tobacco use.

The fact that a doctor might know a lot about health, doesn’t mean that they know a lot about cannabis and the impact on health. Many practitioners are “guessing” and until the research is more standardized, their recommendations should currently be taken very lightly.

We know that doctors are currently the gatekeepers, but this article outlines the need for a separation between “cannabis” and “Cannabis medicine”.

At the end of the day, we’re on the verge of a shift within cannabis research and once the transition is completed and protocols established – we’ll see a whole new face of “medicinal cannabis”.

What do you think about these suggestions, would you add or take off certain points? Let us know in the comments! 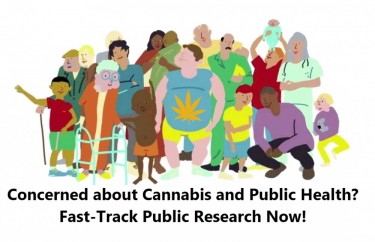 CANNABIS AND PUBLIC HEALTH – WHY WE SHOULD FAST TRACK RESEARCH! 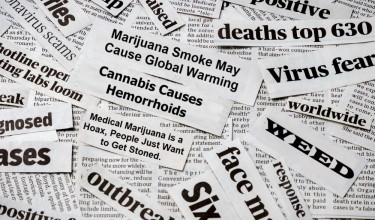