How Exactly Do You Expunge a Marijuana Conviction from Your Record? 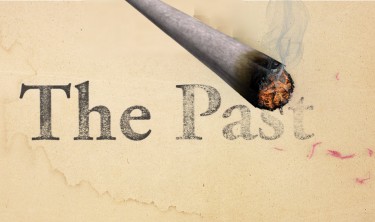 Expungement of  Past Marijuana-related records

Expungement is the process of clearing or removing criminal records related to a particular offense— In this case, non-violent marijuana charges.

When a criminal record is expunged, it is sealed off and removed from public access, sometimes it can be physically destroyed with no traces.

Marijuana offenders understand how hard it is to live normal lives. It is difficult finding jobs, renting houses, or other life-changing opportunities. Expungement of these records gives them a shot at getting better jobs and living well. There will be no fear of marijuana charges being discovered by random background checks, or being refused jobs based on these charges.

An expungement is an act of social justice

The war on drugs failed. It created disadvantaged and marginalized communities that are still crippled by the after-effects of the failed war. People of color were massively impacted and wrongly profiled as cannabis offenders. They are still paying the price for the cruel marijuana laws passed decades ago.

The decriminalization of cannabis in states without expungement being made available would have been a wrong move.

The best bet of having marijuana-related offenses cleared totally would be for the federal government to pass decriminalization laws for marijuana use. While this is still not possible, a lot of people have to make do with the stale level laws that allow low-level marijuana charges to be reduced, set aside, sealed, or expunged.

Chuck Schumer, the Senate Majority Leader has introduced a bill that will decriminalize marijuana, if approved. When presenting his proposal, Senator Schumer stated that cannabis reforms were long overdue. He tried to describe the hardship faced by young POCs with severe criminal records due to possession of a small amount of cannabis. He rightly noted that marijuana has been historically over-criminalized across the country. With an expungement, these persons would not have to live the rest of their lives with criminal records that ought to be cleared.

This bill will help clarify the process of records expungement.

Currently, 41 states have approved laws that can be used to expunge criminal records, but only 7 of these states explicitly states that marijuana arrests can be cleared

It is important to point out that these marijuana-related criminal records are only cleared on a state level, the federal government will still have access to these records because cannabis remains a schedule 1 drug.

Unfortunately, there is a lot of misinformation about record expungement and marijuana decriminalization. Offenders have no idea how to go about the process and whether or not they have the right to demand their marijuana-related records be expunged.

It all depends on where you live

All States have individual laws relating to cannabis decriminalization. The basic thing that all state laws include is the expungement of non-violent cannabis convictions. The terms for eligibility are also unique to each state. The ease and affordability of carrying out an expungement also depend on the state.

The cost for this process can be free in some states and also go as high as $1,000 in other states.

The time duration also ranges from a few weeks to years, depending on where you live.

Some States and Their Expungement process

In New York, residents with low-level marijuana offenses have their records cleared automatically. They do not have to pay any amount to any department, nor do they have to submit petitions themselves.

The New York state law conveniently removes all low-level pot records from the state files. Some people who do not qualify for automatic expungement may qualify to have their records sealed off from public access or reduced. But, they have to file petitions and submit the forms to specified offices.

In Massachusetts residents are not offered automatic expungement. Low-level offenders that are deemed qualified for expungement are required to submit a short petition form. Luckily for the residents of Massachusetts, they do not need to pay any fees to submit their petitions for sealed records.

The process is quite easy. Visit Massachusetts registered court website to find the petition form, with the listed instructions, you can fill the form and send off a copy to the D.A’s office. Response time varies.

Oregon has a rigorous and expensive expungement process. Qualified applicants sometimes have to pay up to $400 in bits to the police department, and the state filing office. When the cost of a lawyer and other fines are included, the total cost could climb above $800. This alone is enough to deter many qualified individuals from trying to clear their criminal records. Not to mention that the Oregon state law does not forgive fines and fees related to marijuana charges.

Colorado allows misdemeanor charges like possession charges to be sealed or reduced. This is only allowed for acts that are now considered legal.

Maryland only permits expungement for individuals four years after their sentences have been completed.

Pennsylvania, despite legalizing only medical marijuana, has a board of pardons that helps clear the records of non-violent/ low-level marijuana convictions. The process is free for all.

Organizations that can help hasten your expungement

Information for expungement applications is not always available. The best way to get informed is to connect to organizations that can help.

National Expungement weeks and Minorities for Medical Marijuana (M4MM) are highly rated organizations that can help.

Expungement of low-level marijuana-related charges is a way of going back to disadvantaged communities.

If you have a criminal record related to cannabis, you can reach out to your state and local government to determine if it is possible to get your conviction or arrest expunged.

Don’t wait till you are contacted, as state governments have a long database queue to check.

MORE ON EXPUNGEMENT, READ THESE… 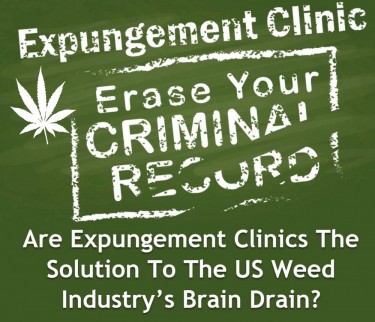 MARIJUANA EXPUNGEMENT CLASS IS IN SESSION, WILL IT HELP THE INDUSTRY? 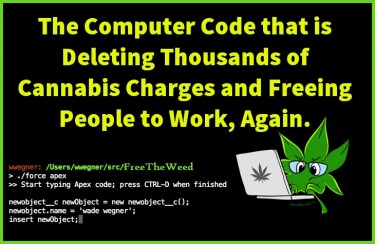 THE COMPUTER CODE THAT GETS ARREST RECORDS DELETED!