Is Panama Next to Legalize Medical Marijuana? 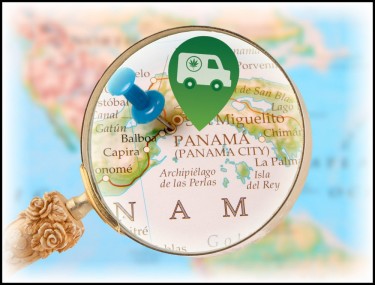 Panama is the latest country in the world to legalize the medical use of cannabis.

After several debates, of which the first took place about four years ago, the bill to approve the medical use of cannabis has been unanimously approved by the Panama Lawmakers.

The initiative that sought to legalize the use of marijuana for its therapeutic purpose was taken up by a few lawmakers some years ago.

Debates started in 2017 and have since then been passed from one legislative tenure to another.

In 2019, it was reported that the legislature approved the drug for medicinal use, however, the lawmakers insisted that for subsequent approval of the drug, a broader study must be done to determine the scope of the drug’s medicinal benefits.

The current National Legislative Assembly in Panama had the votes for this measure done a few days ago.

The bill is sponsored by Marcos Castillero and the National Assembly President. The sponsors are committed to ensuring the masses have access to affordable medical cannabis products.

The bill was approved with no lawmakers opposing it. There were forty lawmakers present, with 27 absent due to other official business and some were absent because they were ill.  People reckon that at least one of these 27 absentees may have voted ‘nay’. But, it would still not have been enough to overturn 40 Yes.

The majority of the present lawmakers say that they were moved by the bill’s motto which says “For a day without pain”.

All the processes that were completed by the legislature to attain this feat were time-consuming. The lawmakers had to take their time to ensure everything was in the right format.

The previous legislature’s reluctance to approve the drug and their request for more studies to be conducted are understandable. This is because Panama is a country where residents consume a lot of drugs, regardless of their illegality. Reports show that narcotics are commonly consumed, and Marijuana is the most popular one of these substances. Cocaine has the highest use rate in the country.

The COVID-19 pandemic also halted several legislative proceedings, hence the marijuana initiative also had to be paused for a while.

Contents of the Approved legislation

The new law will establish a regulatory committee that will be charged with monitoring and controlling all access to medical marijuana and its by-products.

All interested medical patients will be required to register for the program.

With the new law, a National Program for the Study of the Medicinal Use of Cannabis and Its Derivative will be created. This program will be used to make further research on the benefits of the approved drugs. It will also be used to disseminate educational campaigns in all parts of the country on the benefits of medicinal cannabis.

Another detail is that only seven permits will be granted to cannabis derivative companies for the manufacturing of these products to meet the needs of the registered medical patients in the program.

It has been gathered that these licensed companies will be able to export seeds, plants, and derivatives to neighboring companies. But first, they have to tender an export plan as well as ensure all international buyers are registered with Panama’s regulatory authorities.

The approved legislation is not the most ideal measure that has been passed however, it can be modified in the future to improve its scope. For now, it is a step in the right direction.

It is important to state that according to the approved law, selling cannabis from home or unauthorized locations is a criminal act. All adverts regarding the medicinal use of cannabis can only appear in scientific journals. Any establishment —licensed or not— found placing marijuana adverts in media and social platforms will be penalized.

To grow marijuana, you have to obtain a permit. If not, you risk going to prison for ten to fifteen years. Reuters reported that the approved bill includes language that considers the use of medical cannabis for pets.

The newly penned regulations have to be approved by the president. Fortunately, the President, Laurentino Cortizo has no wish to delay the process any further.

The measure tries to control the illegal market by allowing just a few commercial cultivations of cannabis within the country. This means that most of the products that would be used will.be imported from other countries especially pills and liquid medicines. This will continue until the government is ready to expand its local industry.

Activists and advocates remain skeptical about the new law until it is approved by President Cortizo. An activist, named Carlos Ossa, has warned that any delay on the part of the president to approve the new law will give the black market more power.

The high rate of usage of this drug among adults will indirectly mean that they will continue to commit illegal acts by purchasing, possessing, and using cannabis bought illegally from the black market.

Another cannabis advocate also added that the government risks exposing its nationals to illegal products that cannot be guaranteed to be traced back.

Panama is the first country in Central America to approve the medicinal use of cannabis. Another country that seems on the edge of doing the same is Costa Rica. Lawmakers in Costa Rica might take up the bill before the month runs out.

The approved bill has been described as ‘innovative’ by the Assembly President, Crispiano Adames. The bill is guaranteed to curb future smuggling of medical cannabis products.

If the Panamanian Government makes good use of this bill, it would have the upper hand in deciding how the cannabis industry would be in Central America, considering that it is the first country in the region to legally approve its use.

The most important benefit of the new law is that deserving patients will finally find relief.

…For a day without pain!

WHY IS COLOMBIA GOING TO HANDLE LEGAL MARIJUANA?

How To Setup Your Environment In a Perpetual Autoflower Grow