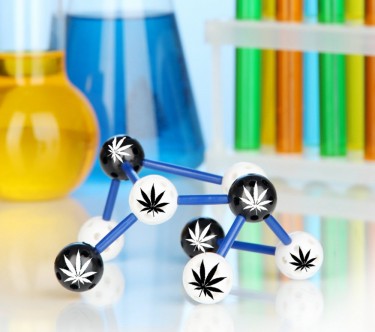 A few months ago, the father of marijuana research, Professor Raphael Mechoulam, unveiled his newest discovery: the cannabidiolic acid (EPM 301). His introduction of the latest, patented substance caused much excitement in the marijuana industry, especially within the medical cannabis sector.

His compound is entirely stable, synthetic, and an acid-based cannabinoid molecule. It was announced to the world in collaboration with EPM, a global biotechnology company in America. EPM seeks to bridge the gap between the pharmaceutical industry and the cannabis market.

Professor Mechoulam explained that EPM created a method that works with the original cannabis substance. He further asserts that while everyone else was talking about CBD and THC, these were secondary compounds we found later on in the plant. Profession Mechoulam maintains that initially, an acid appears in the plant, and they become the “Mysterious” worlds of substances that are even stronger than cannabinoids.

But the cannabinoid acids were not stable, which made them useless to the pharmaceutical sector and its drug developers, well until now. Those acids have become stable, and Professor Mechoulam is ready to show us why this is such a big deal.

His recent comments result from the creation of a system that makes it easy to adjust the acids such that they become stable enough to be utilized on a large scale. This fantastic news also opens more doors of opportunities for pharmaceutical analysis, data gathering, and experiments.

He explained that his team collected a cannabidiol acid and stabilized it with a modest chemical procedure: this is known as esterification, the substance became stable. The team had previously started to study the compound and discovered that the particular substance could suppress anxiety and nausea.

Anyone who has had to take care of a cancer patient will agree that nausea and anxiety are both common symptoms of cancer that weigh down patients. So Prof. Mechoulam’s team discovering suppressants for both signs through cannabidiol is another confirmation that cannabis has so much more to offer the oncology sector.

This will make a massive difference in the lives of cancer patients who are already in chemotherapy and people dealing with specific diseases such as Inflammatory Bowel Disease (IBD) and psoriasis.

Inventing and reshaping the oncology sector at 88

THC and CBD provide relief to people dealing with several inflammatory diseases, nausea, anxiety, and depression isn’t new. Researchers have confirmed for a long time that marijuana is a super plant that can offer so much more to the medical world. But Prof. Mechoulam’s work unraveling these new and exciting possibilities with cannabis has made many other researchers pay even closer attention to medical marijuana.

Prof. Mechoulam was the most prominent academic who unraveled the active properties of cannabis plants in the 1960s. His work at Weizmann Institute enabled the discovery of the human endocannabinoid system, which earned him the title father of cannabis research.

The passionate 88-year-old researcher’s latest discovery maintains that cannabidiolic acid is a far more powerful compound than THC or CBD. The best part is that it has no known adverse side effects. Prof. Mechoulam asserts that the world needs new drugs to combat numerous diseases, and despite some of these proposed drugs being available, they come with serious side effects.

He was referring to the non-natural pharmaceutical medicines which are not ‘Semi-synthetic”. He also adds that today, there are two groups of compounds requiring replacement: opioids and steroids. He believes that marijuana can replace these drugs.

Marijuana as an alternative pharma solution to Opioids and Steroids

For many years, CBD has always been viewed as an alternative to other kinds of addictive prescription medicine. The EPM’s patent on utilizing cannabidiolic acid is the pioneering idea proving that medication can be substituted without significant alterations in their effectiveness.

Prof. Mechoulam shared that his team compared their compound to cannabinoids and many other current drugs that are used today. He further explained that regarding IBD, the team compared their compounds to two other conservative products. One of such products was prednisone (this is steroids0 and the second, a biological drug. Both of them proved that the activity in Prof. Mechoulam’s substance is similar to the collective one.

He is optimistic that one day in the future, there will be a cannabidiolic acid derivative available in the market similar to CBD. He also shared a warning on the importance of accurately grouping and regulating drugs for medical purposes to prevent undesirable side effects.

The father of cannabis urges companies to be mindful when taking substances they tag as “Therapeutics.” He advised that they take on such substances following the laid down rules to enable consistency with the pharmaceutical language. He is worried that several people confuse recreational products with medicinal ones and do not seek specific dosage guidelines.

For many years, the idea that cannabis can become a legal and suitable alternative to any drug was unfathomable, but today, we are talking about it. Cannabis still hasn’t come full circle because if Prof. Mechoulam is still carrying out research, it means he sees even more potentials to be unraveled. Yes, additional trials and tests will have to be carried out, but one thing is already certain: medical marijuana has a significant and transformative role in the future of oncological studies. Is there a Nobel Prize coming for Dr. Mechoulam?

There is so much focus on medical marijuana and what it has to offer patients who have to manage certain illnesses in recent times. Of course, millions of people are against cannabis for recreational purposes, but these same groups are curious about the impact of medical cannabis on their health.

The cannabis story is almost the same narrative everywhere: castigate something until it becomes beneficial to you, and then you retract your opinions. Today, the world is paying close attention to the work of dedicated researchers like Professor Raphael Mechoulam because there is hope that cannabis can be just what cancer patients need to survive. Hope is the first sign of complete healing.

WHO IS PROFESSOR MECHOULAM, READ THESE… 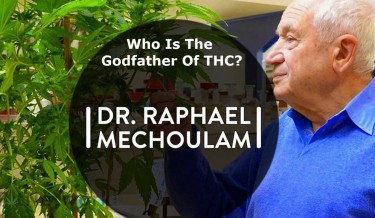 WHO IS THE GODFATHER OF THC, DR. RAPHAEL MECHOULAM? 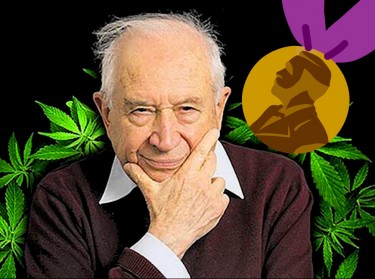 Government Crackdown on Marijuana in the Netherlands:…