Love Weed But Hate the Munchies? 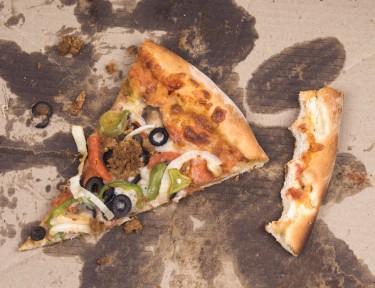 Cannabis has so many benefits, from pain whether emotional or physical, to spiritual exploration. However, for people who may be plagued with a few extra pounds – there is one downside to cannabis – THE MUNCHIES!

This was trending in a marijuana community –

I’m an avid pot smoker for the last 18 years but I can’t seem to find anything that prevents me from going into a munchie craze. What options are there weed wise that gets you where you need to be but without the munchies?

Fortunately, this online community pitched in and shared some of their personal tricks to beat the munchies. During the following article, we’ll be exploring some of the best tips I saw and some of my own.

This approach combats the munchies by not fighting it at all but rather to use it to your favor. It simply means that you have to plan when you decide to smoke in order to use this natural side effect to your benefit.

I personally like to smoke while I’m cooking a good meal for two reasons;

This is definitely a smart way to deal with unhealthy munchies – but you’re still giving into the munchies. Other people suggested going the way of the Turkey!

“I broke this habit cold turkey, I just stopped one day, it wasn’t that difficult.

The key is to not eat even a little, because once you start it’s hard to stop.” – Some dude on Reddit

I personally don’t think you need to be so drastic, but some people find that the challenge of denying yourself these short-lived pleasure is the way of breaking the habit. If it works it works!

The person is right though, munchies is somewhat of a compulsive behavior – you begin with one doughnut and suddenly you’re snarfing down a few more for good measure.

If you’re going to go Cold Turkey and test your resolve – I’d recommend being as religious about this as possible. However, this may begin to deteriorate your high since you’ll always be starving yourself post-toke.

There’s no fun in that!

One of the best ways to “beat the munchies” is to properly plan for the munchies. The biggest issues with the munchies isn’t that you’re hungry but rather that you don’t want to be munching down on sugary caloric filled garbage.

Instead, you can prepare for the munchies by getting healthy foods in your fridge – prepared for consumption at a second’s notice.

For example, make a bowl of toasted peanuts with dried cranberries. Cut up pieces of carrot, celery stalks, jicama and put them in little Tupperware containers in the fridge.

You can also make Nutritional treats like cacao with a bit of organic peanut butter, ground nuts, and shredded coconut – roll it into balls and put it into the freezer. That shit is amazing!

These super foods will help you beat the munchies by simply giving your body super-nutritious snacks which will stoke your energy levels with all the essentials you need.

There was a season where I drank smoothies daily for my munchies, just raw organic stuff – I felt AMAZING.

I should totally get back into that! 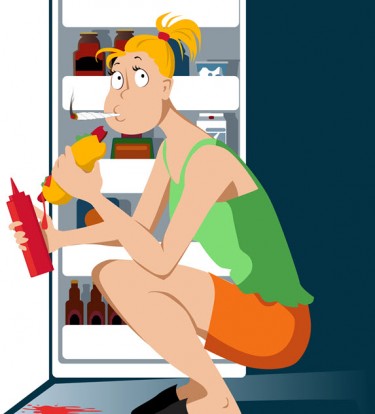 Smoke away from the source

One person suggested that to beat the munchies you should simply make it more difficult for you to comply. After all, a compulsion can be reduced if you increase the effort to comply.

For example, only smoking in the woods – away from people and away from stores. Or to lock the fridge. Or put your favorite snacks out of reach – anything to increase the degree of difficulty.

This does work for procrastination, but I personally think this is too much effort to be a sustainable practice. What if it rains? Are you going to run into the woods to toke up? Of course not, you’re probably going to be toking at home – meaning that you’ll be faced with the same problem. Do women get munchies more than men after using cannabis, check this science out!

Wait for 10-minutes and be Mindful

This is one of my personal tricks that have worked for me in the past. Since munching can be a compulsive habit – you can use this little trick to hack your mind.

In essence, when you want to munch – simply stop what you’re doing, set an alarm for 10-minutes and simply observe your state.

See what it is you are craving and question it – will this help me or not? Do I really need it? Is there something better I can do?

Usually, by the end of the 10-minutes you would have reduced the intensity of the compulsion and then can take a mindful decision to engage or not.

The trick is not to deny yourself – but to become aware of your compulsions. When you do this, you are able to release yourself from “automated responses” and stop becoming a slave to the body.  Leptin levels in the body is one reason some people may get munchies more than others.

But the more you practice “mindful Munching” – the better you’ll get at identifying the underlying programs that dictate a lot of your behavior.

At the end of the day, you only have a few options when it comes to dealing with the munchies;

Beyond that, the only other way to deal with munchies is to not have them – which means not smoking weed. Others have suggested that CBD high weed reduces the munchies – I’m not too sure about that, but it could be an additional option.

Do you have any special ways to deal with the munchies?

WHY DO WE GET THE MUNCHIES WITH WEED, READ MORE… 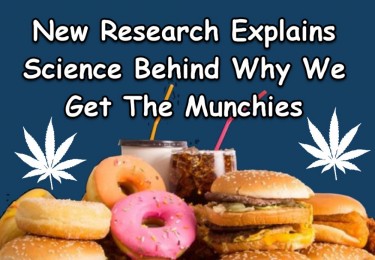 WHAT IS THE SCIENCE BEHIND GETTING THE MUNCHIES, WE ASKED! 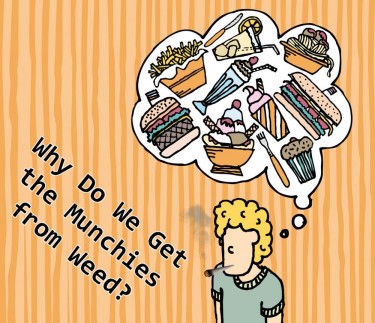 REAL OR FAKE – CANNABIS MAKES US HUNGRY AND GIVES US THE MUNCHIES?

What Does the Future Look Like for Non-Smokable Cannabis Products?