What Does the Future Look Like for Non-Smokable Cannabis Products? 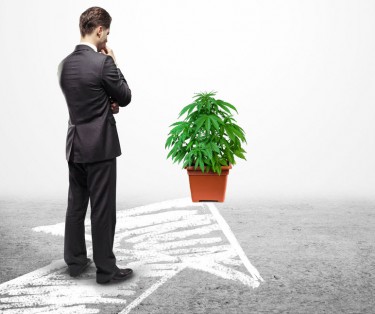 As more states legalize marijuana, the anticipation builds up for when the Federal Government will do the same. When it happens in the future, there is a possibility that it can be a non-smoking rule. America is essentially a divided country regarding the cannabis discourse, with one group advocating for legalization and the other group fighting against it.

Since 1970, marijuana has been grouped and labeled as a “Schedule 1” drug when Congress approved the Controlled Substances Act. It is highly discouraging for cannabis experts that 50 years later, marijuana is still grouped with heroin and LSD. Yes, states have made tremendous progress, but there is still so much to do, hence why we are all looking to the future.

A change in the tide

According to a poll in November 202 by Gallup, about 68% of American adults want cannabis legalized. That figure represents a rise from the 50% poll results gathered in 2012, which increased from 30% in 2000. With this gradual and steady increase in the number of Americans supporting the legalization of cannabis, it is evident that the awareness created in the cannabis industry is yielding results.

The figures from Gallup were not a coincidence because a research poll from April Rew also showed similar results, with about 91% of American adults saying that cannabis should be legalized for recreational and medical use. While 60% want full legalization for adults, 31% want legalization for medicinal purposes.

Experts believe that the numbers will increase as younger people in America know more about the benefits of marijuana and favor legalization. 80% of people between 18-21 years want marijuana to be legal, and 75% of the people within 30-49 years are saying the same. Yes, these numbers are fascinating to look at, yet the federal government is still holding back from trying.

Another reason for a change in the tide is the increase in value the cannabis industry has amassed. The American medical and recreational cannabis sales in 2002 reached about $20 billion, which is a 505 increase from 2019. With the global market looking to get to $22 billion and $100 billion in 2026, America will be gearing up to reconsider its legalization stance.

Now it is safe to say that these figures explain why more people are willing to support the legalization of cannabis. But, it doesn’t end with the numbers as there is one more factor that is making more accepting of cannabis now and for the future: the fact that it can be used as a non-smoking product.

A cannabis future beyond smoking

One of the reasons why so many Americans still have a negative stance on marijuana is that it is smoked. Smoking anything generally gets a bad rep, which explains why some people are reluctant to vote “Yes for cannabis legalization. For thousands of years, marijuana was smoked by lighting dried cannabis plants; this was the most common way to consume THC.

But today, the story is different as modernized science and technology have made it possible for companies and people to use cannabis in diverse ways without smoking. Food scientists, industry professionals, botanists, and chemists have discovered new ways of extracting CBD and THC from marijuana plants.

These new methods have birthed new products and processes of taking cannabis without smoking, including tinctures, oils (ingestible), beverages, edibles, and topical creams. Although non-smoking cannabis products and edibles take longer to activate in the body, so do medical products, and people are more concerned about the fact that it works.

Within the regulated and legalized market, cannabis-based edibles are gaining popularity. These products are packaged after several trials and tests and labeled, displaying the amount of CBD and THC in them. So now, people can determine how much CBD or THC they consume without smoking the cannabis plant.

For many years, smoking was the only option when discussing how to use cannabis, and now that several options do not require smoking, the support for legalizing cannabis will increase. More so, these options will usher the American community into what experts call the future of the American marijuana community.

Additionally, cannabis edibles have continued to grow in leaps and bounds. Earlier on, it used to be “Pot brownie,” but today and most likely in the future, there will be many more edible options. Now there are cannabis-flavored chocolates, gummies, mint, and many more products at different price points.

These edibles offer people a healthier, more discreet, practical, and comfortable option to smoking. Of course, the idea that people are uncomfortable with smoking for health reasons is valid, and COVID-19 made more people conscious of their respiratory health. So the non-smoking edibles cater to this group of people who love CBD products.

People can now take as little or as much as they want while enjoying the benefits of cannabis without smoking. This progression will continue as the market evolves to suit the needs of every potential customer.

As this happens, the gap between those who vote for legalization and those who do not will gradually begin to close. The non-smoking future of cannabis is possible, and it will happen within a legal framework because the government will have no other excuse to hold back from doing the needful.

For many years, the cannabis market was solely a “Smoking” one. Still, as more people started to gain interest in the industry, an avalanche of options became available, and today there are several non-smoking products. Although, some people still complain that it takes a longer time for the products to be ingested.

Creating products that will become easily ingested will become the new frontier for the kind of cannabis-based research in the future. Before long cannabis companies will be able to easily carry out research, tests, and trials to create numerous non-smoking products. In that case, they can also invest in research that makes CBD and THC easily absorbable into the body.

With the recent trends in the marijuana industry, it is easy to predict the future, and on that premise, we say that a non-smoking legal cannabis future is imminent.

MORE ON NON-SMOKABLE WEED, READ THIS… 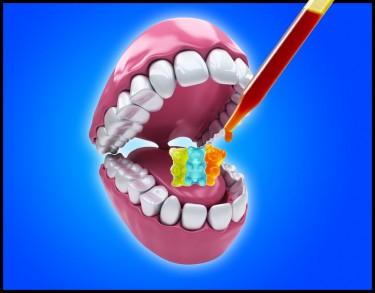 UNDER THE TONGUE OR EATING IT – WHICH WAY IS BETTER FOR WEED?

Love Weed But Hate the Munchies?