CannaDating- The Dos and Don’ts of Cannabis Relationships 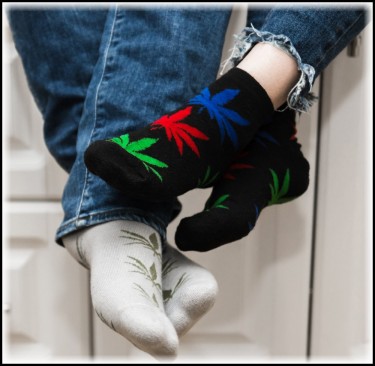 While cannabis may be one thing that most Americans can agree on, it can also be a point of contention when it comes to relationships. Depending on how either participant of the relationship views cannabis consumption – it may either benefit or deteriorate the bond.  How do you have the weed talk with your new bae?

I was inspired writing this article when seeing a few Reddit posts talking about “issues” they were having due to a partner smoking, and in one case – a plea from a son who was concerned about the cannabis consumption of his dad.

Obviously, familial relationships will not be included in this particular piece – but for some future article I’ll definitely elaborate on that topic.

For now, we look at the Do’s and Don’ts of Cannabis Dating – whether couples can exist with one person smoking and the other not, when cannabis consumption becomes the center of your relationship, and much more.

So put on your jimmy caps – we’re going in!

Within the current global landscape – it is far more typical to see these relational-combinations. Virtually half of US adults have admitted that they have tried cannabis at least once in their lifetimes. This doesn’t mean that they actively smoke, but it does indicate that they have experimented with the substance on at least one occasion.

This perspective shift permits these relationships to exist. If a partner has a strict “no smoke policy” and the other is an active consumer – the relationship will run into several violent emotional encounters.

This is because the relationship would be established on opposing internal values and would require one side of the relationship to submit to the other. From this moment on, one side will always dominate the other – which over time generates feelings of spite, hatred, and contempt.

Contempt is the number one predictor of divorce.

This allows the non-consumer to understand the state of the cannabis consumer, allowing the acceptance of the act.

It’s not like being wasted on booze – but try to explain that to someone who has never smoked before. If you can’t explain what it feels like to be “high” they will never be able to fathom what that means and would fall back on their prejudices.

Can Cannabis become a Problem in a relationship?

While it’s true that some people might abuse cannabis – marijuana wouldn’t be the cause of the problem but rather unchecked behaviors from your partner. Everybody consumes drugs every single day.

When you’re drinking your morning coffee –you’re using stimulants to kick start your brain. Did you put sugar in it? You just created a cocktail of drugs for your brain to “get going”.

Consuming drugs is never really the issue when dealing with obsessive people. Addicts by nature are obsessive and fixate their attention on a single act that they believe would diminish their perceived pain – which sits on the opposing side of their temporary pleasures.

Therefore when “cannabis” is a problem – it’s not so much the plant as the person who is obsessively fixated on the effect cannabis produces in them. As the partner in such a relationship, you have to ask yourself whether you are willing to work with these parameters.

Ultimatums rarely work. You’re either in it for the ride or your not.

If you are the person who is experiencing the “problem” with cannabis – you will have to come to terms with the fact that in order to “not have a problem” – you’ll have to face the demons you’re running from.

Most addicts know this truth at a fundamental level.

When Cannabis becomes the Center of a Relationship

Sometimes two stoners meet and enjoy each other’s company, smoking weed on the first date is not a bad thing.. They toke together, laugh together but don’t grow together. They use cannabis as the glue that holds their relationship together.

If cannabis becomes the only reason why you’re with someone – you should ask yourself why you are with that person. If you don’t genuinely like something about a particular person – you have no need to be in a relationship with them. Is it better to date a stoner? Maybe it is the other things about them that is the problem or the good stuff.

Cannabis is an amazing plant with many benefits – however, if it is the sole reason why you’re with someone or one of the primary reasons – you better rethink your priorities.

Ultimately, cannabis should be background noise within the dynamics of a real relationship. True relationships are based on getting to know your partner on a fundamental level, peeling away the layers of who they truly are – growing together.

If that’s not in the mix – you’ll either have an unhappy relationship, or one that ends in ruins.

Cannabis will become more entrenched into every day life that these types of questions will only become more common. We’re entering into an era where cannabis consumption won’t simply be okay – it will be commercialized and globalized.

Similar to how coffee shifted our awareness and allowed us to work later during the day, focus on more cerebral tasks – cannabis will have a greater impact on society as a whole.

We will begin to fundamentally shift our awareness which will play out throughout the following decades and centuries.

Cannabis has a strange effect on people. It is almost as if they are able to “see things” from a position of other – which makes them more empathetic to the internal dialogues of a person.

Sure – this is not true for everyone who smokes cannabis, but I can guarantee there are millions of cannabis consumers who would agree that smoking weed made them far more “chill about things”. They didn’t get as bothered about shit that bothered them before.

They were able to dissociate “other” from “self” which allowed them to tolerate other. What someone else is doing isn’t necessarily my business.

Simple – but this a key aspect of most successful relationships. Being able to allow “other” to simply be – without prejudice, without pressure.

If cannabis can increase this aspect within human relationships by at least 1% – it will leave its mark.

WEED AND DATING, READ THESE… 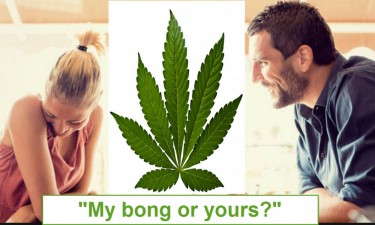 CANNABIS DATING SITES ONLINE, ARE THOSE A THING, YOU BET! 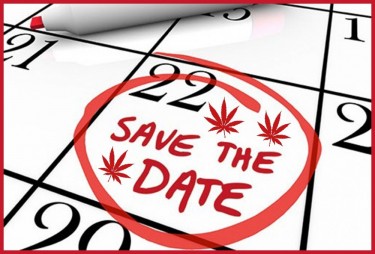 Cannabis Producers From Canada Looking To Enter US CBD Market

5 creeper weed strains that’ll trick you into getting really…

Cannabis flowers and MOLD! What most growers won't talk…

Many patients with breast cancer use cannabis but do not…