The Top Reasons Why Cannabis Users Distrust the Government 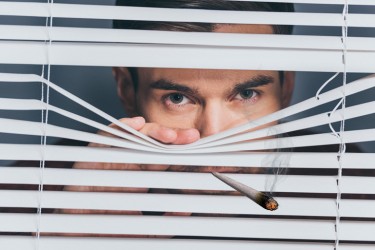 Cannabis users have notoriously been known to distrust the government. Now with vaccine mandates being peddled on a national scale – many people are weighing out the option of being fired for not complying.

Of course, the politicization of the virus has lumped those who do not wish to comply with the vaccine mandate as “anti-vaxxers” when in reality there are many people who simply don’t trust the government or Big Pharma for several legitimate reasons.

Today, we’re going to be exploring some of the most notorious incidents when the government abused its power and manipulated the public in one way or another, as well as moments when Big Pharma violated our trust.

Perhaps you don’t remember due to all the shitfuckery of late – but pre-pandemic there were global protests all over the world, from the United States to China.

When the pandemic hit – it was as if the fuse of a great social bomb was removed and now, with people on lockdown – I have a feeling we’re only throwing napalm on it all. With dichotomous politics dividing citizens on topics such as health, freedom of choice and the likes – it’s important to take a step back and understand why some people simply don’t trust the government and their corporate sponsors.

A brief overview of mistrust

Since 1958, the National Election Study began asking Americans about their degree of trust in the government. When they began asking this question, 73% of the American people believed that the government was “doing the right thing most of the time”.

However, the Vietnam War quickly began eroding this trust and by the 1970s with the Water Gate Scandal, the American people were 54% sure that the Government was on the up-and-up.

By 1980, only 26% of Americans trusted the government. Then during the Raegan era, under the guise of the drug war – the government “went tough on crime” while waging a Cold War with Russia that was winding down into its last decade.

After that, 9/11 created an artificial peak of trust in the government, but only a decade after the fact, public trust reached a historic low of 10%.

During the current administration, according to Pew – 24% of Americans Trust the Government.

However, there’s also a poll we can look at which is the “disapproval rating of Congress” – another data point.

Similarly, there is a consistent trend within these polls that correlate with the other ones – showing a general distrust of the government.

Remember that time when the government lied about marijuana?

There are so many examples to choose from but I’ll limit this section to the major offenses.

However, this is just weed related offences. If we look at some Pharma Phuckups, you’ll see even more reasons why not to trust the government nor the agencies alleged to protect us from these corporations.

I’ll put it in the words of Drug Watch;

Big Pharma is also the biggest defrauder of the Federal Government under the False Claims Act, according to consumer watchdog group Public Citizen.

The industry has a history of fraud, bribery, lawsuits and scandals. Despite criminal charges and fines, Big Pharma companies continue to do business. – Source

This is just the tip of the iceberg. There’s so much more shitfuckery that abounds and the FDA is virtually being funded by these guys.

I don’t reserve an opinion on the vaccination efforts. I do take issue with the government attempting to force people to take drugs against their will – even if there is a pandemic happening.

If you’re not the least bit skeptical about their actions, then you are willfully ignorant. As cannabis users have known for decades – you can’t really trust “The Man”.

So perhaps, if someone says that they are inclined not to get vaccinated – maybe they might have other reasons than being “anti-vax”.

The pandemic may be raging, but that didn’t suddenly turn profit seeking heartless organizations into caring entities either…

THE GOVERNMENT ON WEED, READ MORE… 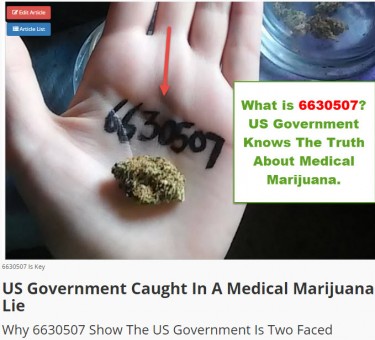 Can Hemp Waste Be Helpful With Building Materials? Are Cannabis Clubs Legal in Virginia?