Why Don’t Canadians Like to Buy Legal Weed? 20% of Legally Produced Marijuana Actually Get Sold to Consumers in Canada 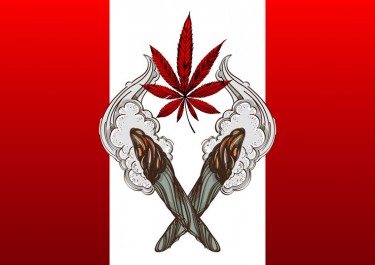 The amount of cannabis being destroyed monthly in the legal recreational market is shocking.

Since the adult-use industry was approved, licensed cannabis producers have torn down a huge percentage of their cannabis stock.

Destruction of a Large Portion of the Total Canadian Cannabis Produced

The attention of the public has been drawn to this activity since it was first discovered in 2018.

The Canadian corporate cannabis company reported that the licensed companies in the Canadian industry are actively destroying legally grown products. This is surprising as the recreational cannabis legislation is merely a few years old and the industry should not be partaking in such a level of destruction.

These companies destroy these ranging volumes of cannabis either through the killer litter method or by incineration.

The Marijuana Business Daily Company corroborated the report released by the Canadian Corporate Cannabis company. The trade media company affirmed that the practice of destroying large amounts of weed started in October 2018, when the recreational market began operations.

From the fall of 2018 till the end of the year—December 31st— the company estimates that at least 11 tons of marijuana were destroyed by licensed producers. The following year, at least 15 percent of the total recreational pot produced was also destroyed. Last year, a full 20 percent of all cannabis products intended to be sold in the legal market was destroyed yet again by the cannabis producers.

More than 500 tons of unpackaged and packaged cannabis products have been destroyed from 2018 through 2020. The packaged products include dried cannabis, extracts, edibles as well as topicals.

According to the summed-up reports, the total amount of dried cannabis that makes its way to the market for sale is less than 20 percent of the output produced in these cannabis farms. Since the legal market was established in 2018, less than 40% of produced cannabis has been sold.

Which begs the question ‘why?’.

Why have the licensed producers chosen to destroy a substantial amount of their total products?

Another cannabis media publication, Vice, revealed that for every kilogram of cannabis produced each month, at least eight kilograms are cut down or burnt when dry.

This Activity Is Not Surprising To Other People in the Industry

The large-scale destruction of Canadian cannabis has become a norm in the industry. Various sources and industry-watching blogosphere have been in on this massive destruction for a long time.

The first time the wastage became public was in the fourth quarter of 2018. At that time, Germany was carrying out a highly anticipated selection process for a Canadian cannabis production company. The process was later delayed due to a lawsuit. It wasn’t until April 2019 that the domestic bid was decided upon.

The domestic bid included the Canopy Growth company. After a considerable time of being in the running for German cultivation, the then CEO of the group, Bruce Linton decided out of the blues to exit the bid and instead buy the only company that produces synthetically sourced dronabinol in Germany.

The report of Canopy Growth switching gears sparked the destruction of several packages of cannabis. Although how it all turned that way remains cryptic and hidden in unconnected moves taken by the largest cannabis companies in Canada.

Other Reasons For The Large-scale Destruction

Asides from the games the largest cannabis companies seem to be playing, the large-scale destruction can also be attributed to natural causes. Like pest infestation and type of seeds used initially.

Aphids and mildew disease are the major pests and diseases of cannabis crops respectively. The lower the quality of seeds planted are, the more prone the cannabis crop is to attack by aphids and molds/mildew.

Mary Durocher verified this information when she noted that the high level of destruction of cannabis plants is due to the low quality of cannabis plants. She added that the lack of diversity in the cultivars planted also plays a role in how the crops are destroyed by pathogens.

Cannabis producers in Canada lose about 30% of their crops annually due to aphids and mildew attacks.

According to Durocher, the yearly destruction of cannabis crops since 2018 could be unsellable cannabis products stored over the years to be destroyed at intervals.

For example, publicly-traded cannabis companies sometimes destroy small amounts of their stored unsaleable products at the end of each quarter. This way financial statements are not filled with massive losses. The end game of this act is making certain the financial records of the company don’t look bad or dissuade other investors from investing in the business.

The inexperience of new cannabis companies also tends to lead to the destruction of grown cannabis at a large scale. Sometimes these new entrepreneurs hire cannabis cultivators that have zero experience with the commercial-scale cultivation of cannabis. These poor production techniques used by these farmers results in products that are riddled with aphids and mildew

The position of the investors

The silence of the investors in major cannabis companies is deafening. Quite a number of these investors have put in funds worth millions, if not billions of dollars over the years.

Surprisingly, these individuals have not complained about the state of things.

Though still growing, the cannabis industry in Canada is making efforts to become much more efficient with each passing year. Cannabis is an agricultural product that will always have demand, hence the current level of waste will be curbed soon enough. The major actors in the industry only have to make the best decisions to ensure things normalize as soon as possible.

As other countries begin to approve cannabis reforms, the vast amounts of products being produced in Canada will be exported to these regions. Currently, they are being exported to the Middle East and Europe.

All Canadian cannabis companies make annual losses of at least 30% according to Mary Durocher. This is probably why investors are not agitated about the turn of events.

While this may be true, the level of wastage in the industry is unsustainable and must be checked. 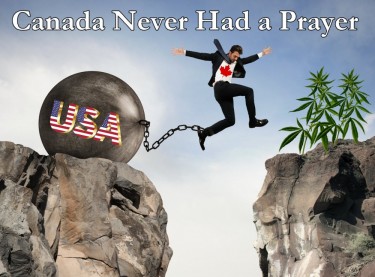 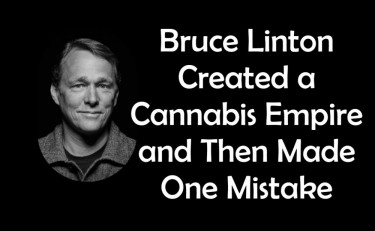 BRUCE LINTON BUILD A CANADIAN WEED EMPIRE, THEN MADE ONE MISTAKE.