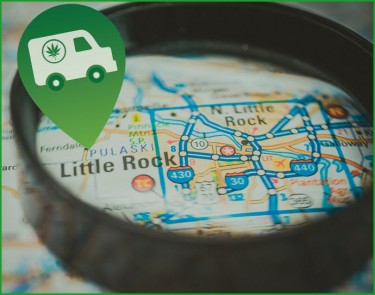 Arkansas’ legal medical cannabis market made a total of $33 million in sales from mid-July till the last day in August.

The number of Arkansans spending their dollars at legal dispensaries in the state increases each passing day.

Making $33 million in sales in just six weeks is record-breaking in the state. This figure means there was at least an increase of $6 million additional sales throughout the time frame when compared to sales in earlier months.

The state of Arkansas legalized the use of medical marijuana products in 2016, through the use of a ballot measure.

For individuals unable to purchase the drugs themselves, their caregivers are permitted to purchase the prescribed plant on their behalf. As long as their medical marijuana ID card or designated caregiver registry card is presented.

The first medical marijuana dispensary in Arkansas began operations more than two years after the measure was approved. The first day it began operations, there were fears that the dispensary would get overwhelmed by the sheer amount of customers that came to purchase cannabis products legally for the first time.

The hot spring-based establishment operated alone for some weeks before other dispensaries got inspected, approved, and finally licensed. The licensed dispensaries get most of their medical marijuana products from the cultivators approved by the state.

The dispensaries offer marijuana menus to customers. In the menus, the type of cannabis available are listed, as well as their potency, price, and descriptions. In the first days of operating, long queues were always present outside the cannabis stores with limited products available. All that has changed now. There are about 36 licensed medical cannabis dispensaries in Arkansas with more about to open up.

Right now, over 20,000 residents have been approved and issued medical marijuana cards by the state’s health department.

In 2020, as was experienced in other states, Arkansas generated a massive amount of revenue in cannabis sales due to the pandemic. The state’s dispensaries made a total of $175 million from the start of 2020 till December 31st. This came less than 24 months after the industry opened up for business.

About 26,000 pounds of cannabis products were dispensed to medical marijuana patients in Arkansas.

The high demand for cannabis throughout last year caused more dispensaries to be approved, the year started with about 8 dispensaries but ended thrice that amount.

The high revenue prompted the state government to open up a licensing section for processors. Once these processors began operations, new items kike edibles and vape products were made available for sale in the licensed dispensaries

The Arkansas medical cannabis industry is nearing the $500 million mark and it may surpass that mark sooner than expected. The Department of Finance and Administration (DFA) released data from the past week’s sales. The data revealed that thousands of Arkansans have spent about $33 million on medical cannabis within six weeks.

Dispensaries sold more than 5,000 pounds of medical cannabis products within this period.

In June through Mid-July, these patients bought less than 4,000 pounds of medical cannabis to the tune of $26.5 million.

The 36 licensed cannabis dispensaries within the state open up for sales at least 5 days a week. Reports say that two more dispensaries have been licensed and are working toward opening in the next few weeks.

The most amount of cannabis has been sold by The Releaf Center in Bentonville. The center has dispensed around 6,200 pounds of medical sales since it began operating in August 2019.

The Medical Cannabis Industry has had its fair share of problems

It has been reported that growers may have plans to boycott some dispensaries. Green Springs Medical Dispensary filed a motion at the Garland County Circuit Court to prevent the growers from boycotting any Arkansas medical dispensaries. The Green Springs group was previously the state’s highest seller of medical cannabis.

A while back, Reagan Vicentic made some comments about the state needing more cultivators to meet the increasing demand in the state.

Hopes For A Recreational Cannabis Industry In Arkansas

Cannabis advocates have begun rallying around supporters for a recreational cannabis ballot to be included in the 2022 midterm elections. If the required signatures are gathered and the right language is used in the measure’s draft, Arkansas may soon be having adult-use legislation.

The legislation to be included in the ballot will permit cannabis possession, use, and sale by Arkansas residents who are 21 years and older. It would also permit registered adults to grow about 12 stands of cannabis plants for personal use in their homes. Convicts with cannabis-related offenses may also have their now legal crimes expunged if the amendment is approved.

A representative for Arkansas True Grass identified as Jesse Rapheal gave an interview with 40/29 News in July. Raphael said the medical marijuana program has shortcomings, however, she commended the state for what it has been able to achieve in the past years since the program was established. She added that the medicine sold by the dispensaries is quite expensive and may not be affordable for some. She proposed that registered patients be allowed to grow a few stands of cannabis in their homes.

The proposed recreational cannabis campaign has until July 2022 to gather the required signatures and get the measure in the midterm ballots.

The Arkansas medical cannabis industry can only go up from here. This time next year, there’s a high chance the Industry would have surpassed its first billion dollars in sales. 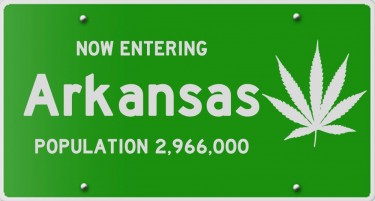 ARKANSAS’ MARIJUANA MONOPOLY, WHAT IS GOING IN LEGALIZATION?

She has to wait 5 years to work in weed. Why, exactly?