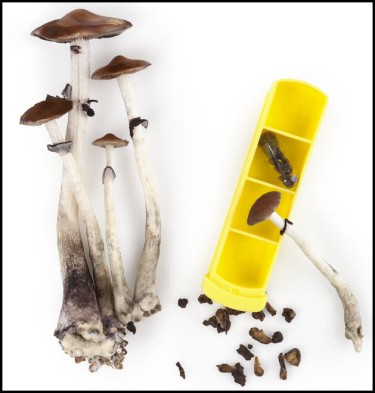 Are we seeing the sputtering of the Neo Psychedelic Movement?

Recent surveys show that  College-Age Americans drank less during the Pandemic, but consumed more psychedelics – as was reported on Forbes by Chris Roberts.

Additionally, they also smoked more cannabis – potentially as a coping mechanism for the stress and anxiety that came with lockdowns.

All of this data comes from the recent “Monitoring the Future Survey”, which has been conducted by the National Institute of Health since 1976. It is typically the survey the government uses to “understand what kids are doing these days”.

Of course, surveys hardly ever capture the “real picture”, but within the context of the survey itself – it seems that students were more inclined to Netflix and Bong-rip than to open a can of beer or take some shots.

This could either be due to the nature of the lockdown – and that alcohol at that age group is typically enjoyed more in a group setting, or simply that alcohol has lost its favor within the demographic.

Reported alcohol use dipped from 62 percent in 2019 to 56 percent, with the number of college-aged adults reporting being drunk in the last month dropping to 28 percent, compared to 35 percent in 2019. – Forbes

However, the biggest shocker to analysts were the increase in use of psychedelics like LSD and psilocybin.

The number of college students reporting using psychedelic drugs increased to 9 percent in 2020 from 5 percent in 2019, according to the survey. (For non-college respondents, hallucinogen use stayed relatively constant, increasing from 8 percent to 10 percent.) – Forbes

Pandemic Related Behavior or will it persist?

One of the biggest questions on people’s minds are – will this type of behavior continue post-pandemic? Places like Detroit and Oregon have taken actions in decriminalizing the use of psilocybin, and institutions like M.A.P.S are making significant discoveries with these drugs.

Additionally, the trend of microdosing mushrooms or LSD has also been increasing over the past few years.

While this may simply be my opinion, I do believe that this trend will continue to rise over the coming years – especially as researchers begin to discover more benefits of these plant-induced experiences.

We already know that psilocybin has proven to be effective for depression and anxiety, and while researchers recommend doing it under “therapeutic supervision” – the fact of the matter is that Shamans and spiritual seekers have been using these substances for thousands of years.

A person who tries mushrooms and experiences a life transforming event – will undoubtedly be open to more of these experiences.

However, unlike cannabis – these psychedelics hardly become habit forming due to the sheer nature of the experience itself. You literally sink into the “trip” for hours, making it a very inefficient way to macro dose regularly.

However, in smaller doses – these substances have shown to sharpen focus, open up the creative processes, keep you energized and emotionally steady.

This is something I can see become a more “regular” practice – especially by college students. Currently, many college students abuse Adderall when studying – which is basically methamphetamines.

However, LSD can give you the exact same “effect” in terms of concentration and focus, but also can help you think in a more “non-linear way”, allowing you to be more creative in the process. While it’s more difficult to track down these substance due to the current scheduling of them – growing mushrooms is incredibly simple.

Hell, you can also create LSA from seeds of Baby Woodrose and other plants.

However, due to the difficulty of the process – it makes more sense that psilocybin will be the “next trend” to pick up after cannabis.

It may be illegal to grow, but that didn’t stop anyone from doing so.

How Psychedelics can impact society at large?

During the 1960s and 1970s, the Psychedelic revolution changed the way we do things. It changed our music, our fashion, our morals, everything!

The difference was that only a small faction of people were doing it. The next psychedelic revolution will be far more nuanced and science focused. We’ll have people doing microdoses for daily work, and macro doses for transpersonal exploration.

This will bleed into whatever they are doing.

The structure of DNA was discovered on LSD. Many of the apps you depend on daily are written by engineers who are actively microdosing.

A psychedelic experience is undeniable. Many people say “you can achieve the same states though meditation” and while it’s true that you can get to the “ballpark”, it’s never as immersive as smoking a bowl of DMT or taking a heroic dose of mushrooms.

These experiences stretch us beyond the notions of self and allows new thinking to take root.

I believe that we will begin to see major breakthroughs in many areas of society once psychedelics – whether macro or microdosing – becomes a common practice. This isn’t to say that everybody will take it, but when it becomes “something that people do” or “a way some people beat depression” – you’re going to begin to see major shifts occur.

What the future holds?

Once we begin to integrate a higher current of psychedelia into our social norms – the future begins to take on a completely different shape.

Psychedelia is known to dissolve rigid thinking about “how things are supposed to work” and integrates a far more organic approach to life. What will happen when this enters into science? Engineering? Culture?

What are the stories we will think up? What are the technological breakthroughs it will inspire?

I think – personally – that psychedelics in the right ratios has the possibility to bring a new awakening to society, to dissolve the problems that keep us in the past and enable the paradigms to take us far beyond the stars.

Of course, there are always “private interests” that will want to control the psychedelic market of the future – and so I can only encourage you all to learn how to grow, how to make your own – it’s your birthright after all.

If you are born on earth and have receptors to engage with these substances – then you are designed by nature to engage with these experiences. If you believe in personal choice – it also extends to your own consciousness, and when this becomes the norm – the world will never be the same again! 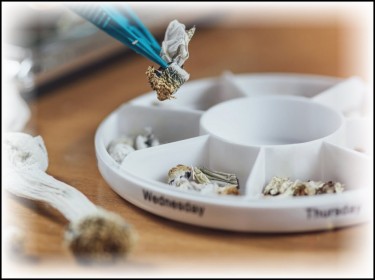 WHY IS MICRODOSING MUSHROOMS ALL THE RAGE RIGHT NOW? 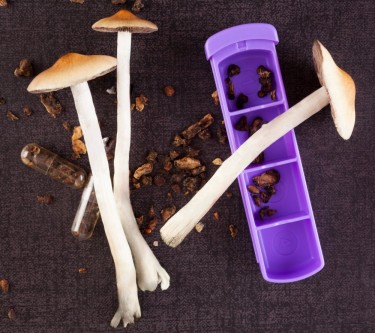 WHAT ARE THE HEALTH BENEFITS OF EATING MAGIC MUSHROOMS?