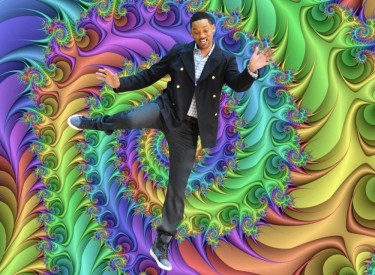 It’s not every day we get to hear about a celebrity’s experience with psychedelic substances.

Will Smith, who is about to leave for a book tour, recently gave a no-holds-barred interview with GQ magazine. He revealed undisclosed things about his family, marriage, career, and life. One of the stories that felt intriguing was his visit to Peru in search of clarity.

Will Smith has always been that revered actor who everyone thinks could do no worse in their eyes. His interview with GQ made it known that he is just human. Nobody has a perfect life, and Will isn’t any different. He shared the good, the bad, and the ugly firing the interview. But emphasized that the book will reveal others.

The idea for the book formed some years ago while he was. His team revealed that the actor hired Mark Manson to help write his story. Mark Manson is the author of the best-selling Art of Not Giving a Fuck. The cover was also designed by the talented Brandan Odums aka Mike, a popular New-Orleans based actor.

Will gave a series of stories about how he had used psychedelics in Peru. According to the in-depth cover story in GQ magazine, the actor’s memoir will reveal more about these encounters. Like you, a whole lot of fans can’t wait to get one of these memoirs in November. The book, which is titled ‘Will’, has all the details about Will’s personal life away from the stage. He’s about to tell it all.

His now-mature kids may be the reason why Will is set to do this now. They would be able to take the news (that’s if they don’t already know details about its unpolished contents).

It’s hard to believe that Will Smith first started as a rapper. He thought then that he could rise to the top by being one. Luckily for him, he got starred as one of the lead actors in the popular series known as ‘The Fresh Prince of Bel-Air’.

It is said that some parts of the show contained little truths about Will’s life. One of which was his brush with West Philadelphia’s law. Most people do not know this.

All through the years, the actor has maintained a scandal-less identity, and his squeaky image has never for once been tainted. Since then he rose steadily until he got to the peak he’s currently at.

While rising, Will avoided the party lifestyle to focus more on his gigs at the time. He says he had no vices then. No weed, and just a little alcohol when it couldn’t be avoided. All these took a toll on his relationships and friendships. At the top you need people, having hyperfocus on his career made him lonely, and he realized this late. He finally evaluated his lifestyle as he got older and further up the ladder of fame.

As a leading star in multiple projects over the years, Will has been in a unique position that very few people could understand. In his interview, he revealed that at a point in his 40s, he called Denzel Wahington for a chat to discuss how he was handling his life at the time. It seems Will looks up to Denzel (Who wouldn’t?).

Denzel being the sage that everyone thinks he is told Will during one of these conversations that the 40s are a bunch of funky years, and everyone just lives it laid down. Will said Denzel told him to wait a few more years for what he described as the ‘fuck-it 50s’. Which he did, and here we are.

Once Will hit 50, he somewhat made it a goal to have the most fun and do whatever it was he felt like doing. That was the starting point for a ‘new Will’. He discovered freedom and he made sure he experimented. He mentioned that has used the last three years to travel abroad without his security team, and he has visited Pere to carry out what is traditionally known as the ‘ayahuasca rituals’.

Ayahuasca can be translated to mean the vine of death. It is a break popular in the Amazons for its trippy effects. People who travel to Peru for this drink do so to make a profound change in their lives. Just a few visit the Amazonian metropolis of Iquitos merely to observe.

The drink is made from the leaves of Psychotria Viridis shrub, as well as the stalks of the banisteriopsis vine.

The recreational psychedelic trip is led by a Shaman who asked as a guide during this journey of self-discovery. Will stated that he felt the massive impact of the ayahuasca experiences. It was about the first thing he did with his newfound freedom. In his book, he described his first ayahuasca experience as the greatest unparalleled feeling ever experienced in all his years on earth.

The Ayahuasca ritual basically involves drinking a substance that contained two major ingredients. The first ingredient stimulates the monoamine oxidase inhibitor found in the rainforest vine. The other ingredient induces the N, N-dimethyltryptamine (DMT), a hallucinogen found in rainforest plants, to become active in the brain.

Seems Will is not the only Smith on a path of self-discovery.

His son, Jaden Smith, recently revealed that his latest music releases were inspired by psychedelics.

Psychedelics have received a glowing review from the blockbuster icon. With the influence he has, once the book has been released and read, many people may be trooping to Peru to experience what he described in his book.

Will Smith’s tremendous career is a motivation for many actors in and outside Hollywood. One of Will’s videos that endeared him to a lot of people is that where he gave an awesome speech about overcoming self-doubt and fear.

Aside from his upcoming memoir, the 53-year old also has an upcoming movie about the Tennis Williams Sisters and their father.

A lot to look forward to. 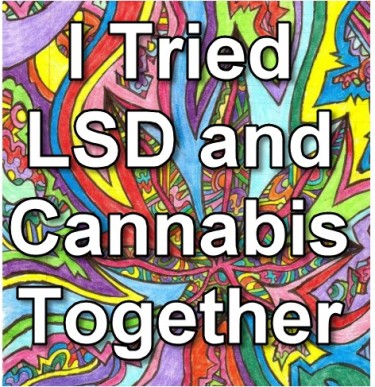 I DID WEED AND PSYCHEDLICS TOGETHER, HERE IS WHAT HAPPENED!

HOW TO GET READY TO HAVE A GOOD TRIP, READ OUR LIST!

Will Delta 8 Survive? and A Pineapple Express Delta 8 THC Review!