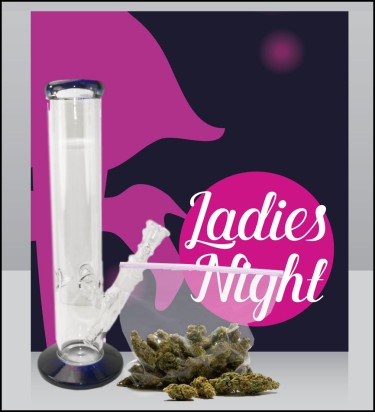 Steve Frye and Lawsuits are like two peas in a pod.

After filing over a dozen lawsuits against different establishments across California over the years, he has decided to once again file another class-action lawsuit.

This time, it is against Meghan’s organic market and its owner, Meghan Souza. Like most of his previous lawsuits, this one was filed for alleged gender discrimination.

A news site described him as always wanting to be the most popular guy on every occasion. This may not be so far from the truth, seeing that Frye has filed against four other businesses in the San Luis Obispo area alone in the space of seven years. According to Frye, it was wrong for the cannabis dispensary to have a ladies’ night.

A ladies’ night is a special day of the week when women are offered discounts for some purchases made. It is one of the ways cannabis dispensaries have been able to draw women folk in. Only ladies are treated to these freebies on such days, and it was on one of these nights that Steve Frye visited Meghan’s organic market.

Mr. Frye is an ex-member of the National Coalition for Men. He identifies as an Orange County Men’s activist and he has taken it upon himself to be the voice against the wrongs he feels are perpetrated against men.

From the report published by San Luis Obispo Tribune, Frye took action against the cannabis store because he felt it was wrong for only women to be offered a 16% discount on purchases made every Monday night. He visited the store on a promo night, he saw women being offered discounts and felt wronged when the same wasn’t offered to him.

According to Frye, he said the original advert placed in the store on that day in June stated that women were being offered 16% off their purchase because women make about $.80 less than their male colleagues. Meghan’s organic market is a company founded by a woman, and its major shareholders are also women. Their reason for the price discount is that they felt it was absurd for women to make less than men, so the discount was their way of making it up to women.

Frye stated that what got his feathers ruffled was the last line on the advert that said men are welcome to reap the benefits of pay inequality and that they could also redeem the offered discount. Frye added that the last line in the ad read ‘be our guest’.

He went on to argue that this statement meant anyone could get the discount, make or female. The line invalidated the claim that the discount was solely meant for women.

Suing on behalf of 100s of male customers

Frye made it clear that his lawsuit was filed on behalf of hundreds of men who have been cheated by Meghan’s non-uniform promos.

He alleges that ladies’ night was a way for women to treat men unequally and charge them higher prices for the same purchases. His lawsuit also claims that prices should not be charged based solely on a customer’s sex.

He feels the line in the advert which welcomes men to be a guest to the discount is a way of shaming those who do.

Through his lawsuit, Frye insists that the gender-based discount painted a harmful stereotype which generalized men as being oppressors who benefit the most from pay discrimination, while women are the oppressed who suffer from pay discrimination. He says the continuous use of such gender-based adverts will make the notions more reinforced and perpetuated in all aspects of society.

The Californian courts will likely have gotten used to Steven Frye’s constant presence and his gender discrimination lawsuits. The more cases he loses the more he seems to file. Failure means nothing to him. He’s focused on getting justice for men who he feels have been cheated by absurd company policies.

For the 100s of men who are being represented by Frye, the lawsuit seeks equal treatment and better policies for all customers who frequent Megan’s Organic Market. All males females and non-binary patrons of the store are to be treated the same way.

The lawsuit also demands that the court must halt all gender-based promotions in the store. For each and every offense listed, the lawsuit seeks $4,000 and recovery of the total fees billed by Frye’s attorneys. In addition to these demands, the lawsuit requests for an order which will ensure all staff and management officials at Megan’s Organic Market go through training on diversity and inclusiveness in business.

Drawing the minority into the cannabis industry

Almost everyone is aware that women are a minority in the weed industry. The same goes for people of color. These groups rarely hold executive positions in the industry, due to this different strategies have been employed to draw them into the industry at the administrative and also the consumer level.

Since promos like ladies’ nights started in cannabis dispensaries, women have become the fastest-growing segment of marijuana consumers. In 2019, Akerna announced that women now account for 38% of the consumers in the cannabis industry. Targeting the women segment through discounts and other freebies is not a bad thing, considering that there’s profit to be made once the market is fully tapped into.

If Steven Frye wins this lawsuit it might cause a regression in the new-found growth in the women market segment.

Other businesses targetted by Frye over the past seven years for gender discrimination include:

The first two cases have been settled out of court, while the third is still ongoing.

The case presented a 1985 Californian Supreme Court case that was filed against a carwash for offering a gender-based promotional event for women. The event was also called ladies night, however, the plaintiff won and was awarded statutory damages per offense.

Now that courts are fully back in session, this lawsuit may not take as long as the Virg’s Landing case. 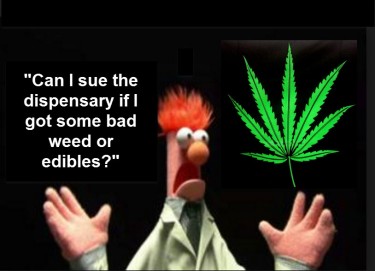 CAN YOU SUE A DISPENSARY OVER BAD EDIBLES OR WEED? CLICK HERE!