Do You Know What Happened to the 100,000 Cannabis Plants Seized in the Historic San Fran Area Bust? 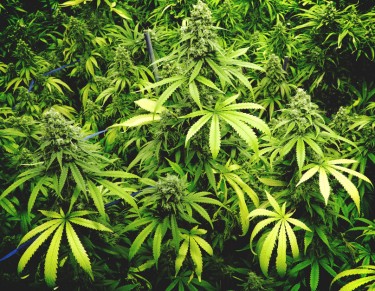 Millions of dollars in cash and over a hundred thousand cannabis plants were confiscated some days ago in the Bay Area of San Francisco. Law enforcement officials in cannabis legal states are clamping down hard on illicit cannabis operations. Although these illegal operators keep springing up every other day.

The law enforcement officers in Alameda were able to put an end to multiple cultivation sites in the area in a raid that spanned over 48 hours. These sites had one thing in common: they were all unlicensed cultivation sites operating something the police forces termed ‘modern-day bootlegging’.

The massive raid is now regarded as one of the biggest illegal cannabis cultivation site busts in California.

The Alameda County sheriff’s office dutifully carried out these operations across the East Bay and they were able to successfully confiscate millions of dollars in cash, while also seizing cannabis plants worth tens of millions of dollars in probable black market sales. This estimation was made by the law enforcement department.

The public information officer for the town’s county sheriff’s office, Ray Kelly, said that the raided sites were organizations operating outside the law, and working around the normal protocols of cannabis governance in the state. These operators were making millions of dollars in profits all because they refused to obtain licenses and remit tax to the government.

Kelly added that upon inspecting the raided sites he found out that these operations made use of high-tech and extremely sophisticated farming practices. The operations weren’t shabby in any way but were rather profit-oriented while being motivated by greed. He also added that several suspects were arrested during the raids on the sites; the names of the arrested individuals have not been released yet. The establishments were built solely for cash grabs.

The Raid Had Been In The Works For Several Months

Last week’s raid was successful because over a hundred personnel and agents working in the sheriff’s county devoted the last eighteen months of their lives to the mission. Investigations about the raided sites started around March 2020. As expected, the law enforcement officers did not run into the scene at the first complaint they got. The 100 staff worked together with the Alameda county narcotics task force. The team served search warrants at 18 different cannabis sites in East Oakland, Castro Valley, San Leandro, and Hayward.

Alameda county’s narcotics detectives were the first to commence investigations in this area when they received a tip from undisclosed sources about the existence of illicit cannabis grow operation in the Bay area. In addition to the cash and pot Which were confiscated onsite, the agents also seized Rolex watches as well as other jewelry pieces.

In his speech, Kelly disclosed that the raid yielded over 12,000 pounds of marijuana products that have been processed and harvested. If the raid had taken place a day or two later those products would have been transported for sale in other areas or states.

It’s not surprising how much money these illicit operations have on-site because the black market cannabis industry is way larger than the legal market. The raid at a cultivation site in Oakland yielded about $10 million in cash. The officers also obtained evidence of a money-laundering operation at the raided warehouse.

All these could have been avoided if the owners of these cultivation sites had done the legal thing by applying for a license. Now, the police action may as well have cost them everything, because as experienced in the past, the owner of these sites never show up.

Applying for proper permits, paying the required fees for licenses and taxes would have prevented everything that occurred last week in Alameda. At the press conference which was held at the Oakland warehouse, Kelly showed the reporters a bag that had about $1 million in cash. He revealed that the bag was one of the seized props gotten during the raid. In his speech, he disclosed that the raid helped bring down some of the largest illegal cannabis farms ever detected in recent years.

The raided cultivation sites were compared to the cannabis operations which operated in the 1920s. Those were also more interested in bootlegging operations. There is no sense in investing that many millions in a business that has not been licensed. The county revealed that they believe that these illicit grow operations have about 500k square feet of farmland which they use to grow more cannabis.

The entire business operations of these raided sites are even more sophisticated than some legal cannabis grow sites within California. These operators thought everything through, from infrastructure to storage houses, to other necessary buildings and the needed handymen. Everything was in place, except for the papers that would have legalized the entire business.

Weed worth millions of dollars now turned to ash

In case you’re wondering what happened to the seized pot, it would interest you to know that they were moved to a site in California’s Central Valley and then burnt. That’s about 12 truckloads of cannabis up in smoke because some operations wanted to get all their cash to themselves without remitting tax.

The sheriff’s spokesman also announced that the office believes forensic accountants had a role to play in the business run by the illicit operations. Search warrants are still being processed to search more areas for evidence that might help the case.

The organization is starting to look like one that exists in Utopia because they were so sophisticated and organized. At least each week they made tens of millions of dollars in profits alone. The Alameda sheriff county announced on Facebook that it had seized more than $10 million in cash alone, not counting the highly expensive equipment, infrastructure, supplies, and even generators that were seized across the raised areas.

At least seven suspects are currently behind bars and more will be getting arrested as soon as the agents are linking the pints and solving the main puzzles.The disappointing aspect of this successful raid is that it is not enough to stop these illicit operators from setting up shop again.The black market has a very lucrative business, hence this sort of bust will do little to serve as a deterrent. 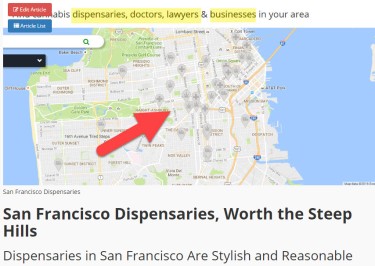 SAN FRANCISCO DISPENSARIES ARE WORTH THE STEEP HILLS! 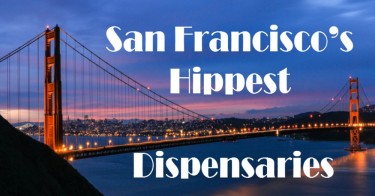